All The Idle Weeds That Grow 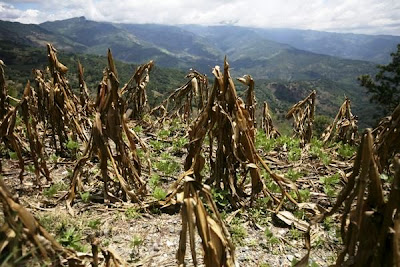 Checking out Some Assembly Required today, Thursday 21st, saw an item on Rusts Belt innocently thinking it was about the end of American industry. It wasn’t but was a link to the site Physorg, a science and nature collation of academic studies.

It concerned the crop disease “wheat rust” that has now developed more aggressive strains which have badly affected crops in a number of countries, mostly poorer or less developed without the science and administrative structures to deal with them.

The Physorg article is here:

Also, just to add a little joy to the holiday weekend there is this one:

A great deal also hinges on how far fuel prices may or may not rise given that in the developed world the bulk of crop growing is highly energy dependent.

Many of the troubles elsewhere arise from the pressures on incomes of the poorer and increasingly the middling classes.

From the USA also we learn that in the last couple of decades the wealth held by the top 0.1, not 1.0, but I repeat 0.1 of the population has increased to 12% plus of the total.

In the UK the media have other things to talk about.
Posted by Demetrius at 15:38