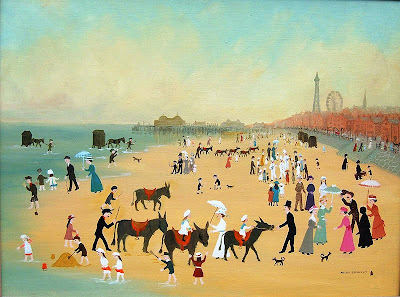 The present pattern of UK bank and other holidays is a mish mash of old traditions, religious and otherwise with a limited number of “extra’s” bolted on as a result of employment legislation of the past. Often this results in some being quite close to each other making their placing in the year uneven and sometimes disruptive.

So when I rang a shop a few days ago about an item I was given a warning about ordering and delivery for around a fortnight with subsequent delays for a few days after. This is one thing when it about a consumer good, it is another if you are trying to arrange a funeral or need critical surgery. I recall the long Millennium holiday with the dearly departed being stacked in freezer trucks.

If you are in business and face critical deadlines it can be a costly business, especially if other hindrances arise, such as a motorway closure. On the other hand if you are just a couch potato then you are faced with endless repeats and mind numbing ancient programmes.

Many of the holidays were established before modern employment legislation with all its legal requirements for protection, pay and specified hours. They were also the only days when most people did not work. Today, in the 24/7 culture they are becoming more optional and in activities such as tourism and retailing almost eliminated.

The difficulty is that it is one of those political issues that no government wants to touch because all any reform would do might upset a lot of people and interests with little political gain to show for it.

If required holidays were to be set without links to religious festivals this would upset many and could trigger demands from other believers for their holy days. Worse still, if the Football Association and it’s supervising body, Sky Sports did not like it then there would be real trouble from News International.

It is possible that we could do without the traditional “bank holidays” completely and simply specify that all people should have a minimum number of paid days off in their employment contracts. How any company, organisation or service arranged things would be up to them.

Then we could have the 24/7 systems made necessary by the globalised economy without all the occasional hindrances and delay to our deliveries from the courier companies and container ship timetables.

An alternative would be to go back to something like either the old Scottish Term Days (or New) or the Quarter and Cross Quarter days of other parts of the Atlantic Isles. Perhaps they could be set around the Solstices and the Equinoxes and other celestial movements to avoid religious and other interests.

However there is the possibility that on the latest demographic and employment trends only a minority of the population will be in paid work in the near future and they will all have to work so hard to pay the taxes necessary that they will not be able to take holidays.
Posted by Demetrius at 13:26