Digging For Gold In The Streets 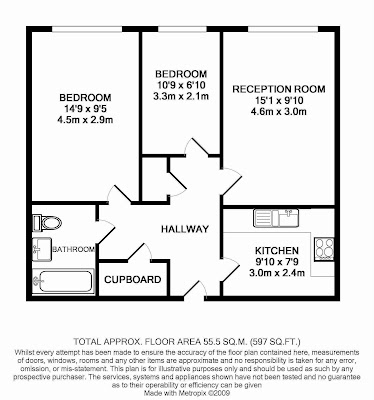 In this weeks “Private Eye”, the “In The City” section on page 31 under the heading of “Digging For Gold” the article begins “Tax. Offshore jurisdictions. Tory party donations. That is a heady mix at a time of drastic cuts in public spending when supposedly “we are all in this together”.” It goes on to deal with the foreign affairs of the allegedly True Brit company JCB.

Meanwhile, many of our government ministers, notably the Prime Minister, are rushing around talking to groups here and there about their concerns and trying to make it clear that the cuts are not really cuts and spending is still going up. What it means is that all the expectations of many people will have to be restrained, some more than others.

Many are the photo opportunities being created to give a vision of a caring talking sharing administration who want to listen and to learn. However all this is very selective and with an eye on the main chance in terms of popular interest. There are parts that the brew does not reach.

One is Eric Pickles domain as Secretary of State of Communities and Local Government. His underling, Grant Shapps, Minister of State for Housing and Planning and his sidekick Parliamentary Under Secretary of State Baroness Joan Hanham formerly Tenant In Chief aka Leader of Kensington and Chelsea either have chosen to ignore the message or have developed severe hearing problems when it comes to communities, housing and related matters.

They are determined not to talk, engage with or listen to the concerns of Carlex, the Campaign Against Leasehold Exploitation who represent thousands of concerned leaseholders in a sector where there are three million units of housing stock with the relevant incomes streams and opportunities (words are easy). There are now serious issues arising from the way a number of companies providing management and related services conduct their business.

However, if like some people already identified in this sector, I were to chip in many tens of thousands or more to the Conservative Party funds there would be times when I could go along for canapés and middling wines and the chance to talk to whichever minister I chose about whatever concerned me. So those who own and run those companies can earwig the ministers as and when they like.

It is not much good going to my local MP. Too many of them are already embroiled in complex property arrangements related to the companies themselves or if they do take up the interests of their constituents will be told firmly by Grant and Joan that all is well and to go away and stop being a nuisance.

In their performance to date, Eric, Grant and Joan are looking more and more like the old music hall turn, Wilson, Keppel and Betty, good for a laugh but not a lot else. What they do not understand is the scale and nature of the gathering crisis in the leasehold sector as a whole and that it is already going critical in some parts.

On 17th March, I posted on “Cameron’s Marconi Scandal” which touches on some of it. This is a large and complex field and there is a lot to go wrong and it is going wrong. The way things are working out is that there are many people not only shut out from property purchase for reasons of mortgages etc. but increasing numbers who cannot afford to rent or the conditions.

What they are being faced with can be guessed from a look at the Charter Quay Residents Association, cqra dot org. This is far from being a typical development being very much top market but it does have some heavy hitters and professionals who know what they are doing. What will apply to them will apply to many more at the far poorer end of the scale.

One has been tracking the nature and scale of the property giant structure that has been controlling a great deal of the sector. So the old lady in the retirement flat up the road who is very short of money and living a marginal existence now has her flat and development managed under several layers of complex organisation and financial management which are interwoven, shape changing, speculative and controlled from off shore.

It is crazy to the point of lunacy. Even crazier is a politician who can somehow imagine that this is the way bog standard properties at the cheap end should be managed and controlled. What is disgusting is the way that legal rights can be avoided by these organisations and the treatment of their clients.

Perhaps, Cameron, Eric, Grant and Joan should first try talking to each other and then to representative samples of people at the wrong end of what is happening. They could do a lot worse than talking to Carlex, a genuinely voluntary body and to Tax Justice Network.
Posted by Demetrius at 15:22