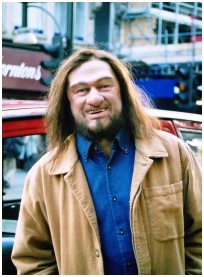 A declaration of interest, there might be a Rooney in the loft. In 1859 in Liverpool a Catherine Rooney witnessed the baptism of one of great grandma’s younger sisters and looks to have married one of the family.

In the Daily Mail, David Jones suggests that the ructions attending Mr. Wayne Rooney’s expressions of discontent are “Neanderthal”. Mr. Jones it seems met Mr. and Mrs. Rooney in an airport in the Gulf and they discussed an article that Mr. Jones had written which was critical of aspects of their lifestyle.

It is alleged that the discussion was vigorous and used colloquial language that may be common on BBC TV drama, during banker’s exchanges on how to deal with customers and in many school rooms today but which some old fashioned and simple people regard as being impolite.

Coincidentally, there have been a number of reports recently to the effect that more powerful and in depth genetic analysis may have revealed traces of Neanderthal DNA amongst many, maybe most, perhaps all of we humans.

Also, more extensive research and detailed scientific analysis suggests that the conventional view of Neanderthals as ugly primitives operating at a lower functional level than us may be very badly mistaken. There are traces of social civility and kindness to be found.

It is claimed that a typical Neanderthal, dressed in ordinary clothes could amble down Oxford Street in London without being noticed or regarded as different. Perhaps Oxford Street is not the best example as a basis for intelligent human comparisons.

It is all very complicated but it appears the Neanderthals had bigger brains than us, were physically very strong, but more limited in their capability to deal with climate changes and in terms of dietary needs. Moreover, it may be that their body density meant they could not swim.

Then there is my own thesis that after a period of severe change long ago the few surviving humans developed violent predatory habits which with certain mental traits, a combination of subservience with greed and the need for domination meant that other humanoid species were wiped out.

This perhaps was compounded by the Mount Toba event of 75,000 years ago which reduced the humans to a small number and the later ice age which encouraged the development of both their best and worst features.

What does seem clear that humans who have a very limited and unnatural upbringing and whose social and intellectual horizons are both narrow and given to extremes develop characteristics that can represent the worst rather than the best.

However, it could be even worse. Mr. Rooney may have grown up in the political class rather than the football industry but I think that the scale of their faults would have been beyond him. As for journalism……
Posted by Demetrius at 15:39