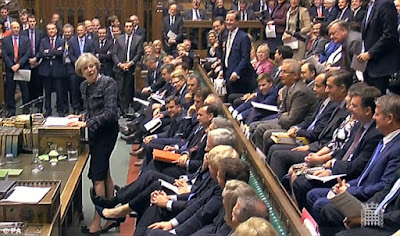 The government has been held to be in contempt of law and perhaps reason by Parliament in matters relating to Brexit, that is the in or out of Europe. This is said to be new. What is new, perhaps, is that it has a vote to that effect beyond mutterings in the smoke rooms and occasional outbursts of vocabulary in the House.

In 1914 when Britain declared war on Germany to honour its treaty obligations it had a relatively small regular army compared to other states, but supported by a volunteer Territorial Army, made up of part time volunteers. They were not ready for action in the first weeks of the war.

A number of units of the regular Army were also scattered about the Empire and awaiting transport to return to Europe. So the number of  the first British troops sent to France was small. The German operation orders were that the initial strike would go through neutral Belgium to take the Channel Ports and march round the positions of the French Army to take Paris as soon as possible.

Kaiser Wilhelm II referred to the British contingent as a "contemptible little army" but they still stopped the Germans in their advance by a heroic defence and the quality of their rifles and riflemanship. At the end of the war, the survivors of this action had a society called "The Old Contemptibles", now all gone from us.

Today, we have a Cabinet and government and Parliament who welcome the German advances and domination of European affairs. When Angela Merkel says jump, Theresa May jumps along with her minions.

They are pictured above, it seems in their uniforms. Let us call them "The New Contemptibles".