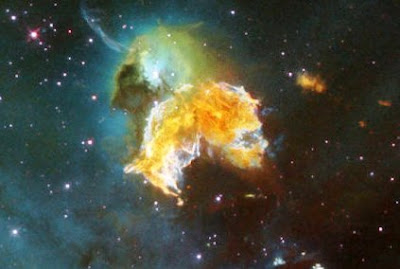 It has been a busy period with one thing after another, time has flown. But on Sunday the short post "The Future Of Earth" was, you may imagine, supposed to be a joke.

Perhaps is wasn't so funny if you read this one from Science Daily about how in the deep past we lost so many interesting species. Supernovae are nothing new or an idea lodged in the thinking part of one of a creature whose kind has been on Earth for a short while, but maybe not much longer.

In Europe our present obsession with some purely temporary political and economic matters seems like a large creature pursuing smaller creatures when at the same time it has created a system which will cause the food supplies to disappear.

What is that one we like to sing at this time of year? "It came upon a midnight clear"? Any millennia, or perhaps any decade now. You have been warned.