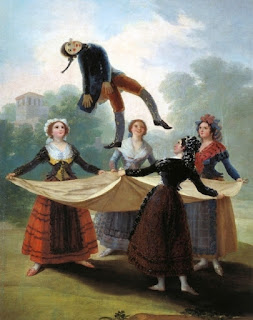 An elderly bloke who still has to work, Jeremy Corbyn, has the job of sitting for hours and hours on a bench in a hot stuffy room filled with heavy breathers with nothing to do but listen and occasionally add to the hot air with speeches of his own in the House of Commons in Parliament. No wonder he sometimes mutters or thinks to himself causing the lips to move.

But he has been caught out by modern technology. One of the more interesting things about watching football is lip reading the things that footballers say in times of stress and what referees tell them. So anyone anywhere who has a camera on them and thinks a thought should the lips move they can be banged to rights.

Corbyn has been caught napping perhaps having a thought in his head during a speech from the Prime Minister; he has my sympathy, I switch her off after five minutes. If I became Prime Minister I would be tempted to bang her advisers up in a cell where they could be treated to a reading of Burkes Peerage over and over again.

What I wonder is what thoughts Winston Churchill might have had, either as Prime Minister or Leader of the Opposition when during a long and wearying debate the handbag of Bessie Braddock had caught the Speaker's Eye to the groans of not only the Tories but most of her Labour Party as well.

Churchill was cavalry, a 4th Hussar and familiar with military language usage. When I played rugby against 4H at the time he was Prime Minister we had Lancers and Dragoons, Light Infantry and even a couple of Engineers. It got very fruity indeed and I have no doubt Churchill could have matched them word for word.

In keeping with our modern sensibilities about what people say and think and what they can be judged to have thought in the past, what might be done? HIs views on Bessie are well known so perhaps Churchill should be removed from the history books.