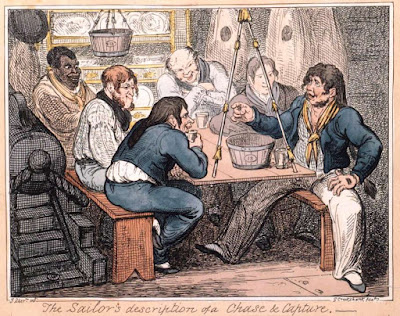 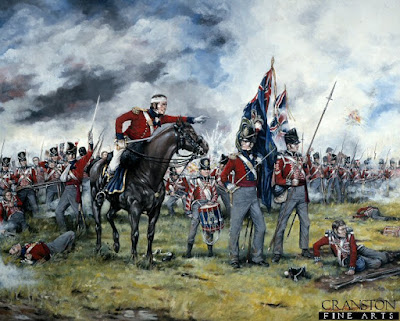 As the great or perhaps not so great day of the Presidential Election approaches people everywhere are digging into this or that about the candidates. We know something of Trump's in Germany and with a mother named Mary Macleod of Scotland it might be best to be polite, very polite, the sort of politeness that my Mary Macleod expected.

For Hillary Rodham Clinton the Rodham is of English origin and apparently like Theresa May and Ken Loach she has family in coal mining, in her case County Durham. This is a part of England where being impolite to the locals would necessitate an urgent visit to the dentist, who would probably simply shake his head.

The possibilities are various but just two Rodham's are chosen to illustrate their capabilities.  There is the George Rodham, a Durham man who served with the senior line infantry regiment of the British Army, the 1st Regiment of Foot (The Royal Scots) and was discharged in 1810 with a pension after injury.

The Royal Scots were notable in the defence of Canada helping to protect the Loyalists to The Crown from the depredations and atrocities of the rebels and republicans from the south, or United States. They gave as good as they got, and more.

Another possible is the Hall Rodham, also discharged after injury in 1807. He was a seaman who served on HMS "Emerald", a frigate launched in 1795 that had distinguished service in the Caribbean cracking down on French and American piracy and taking prizes. See the film "Master And Commander" from the novels of Patrick O'Brian.

Perhaps Hillary hopes to follow in this great tradition by giving the Yankees a hard time and making them suffer.