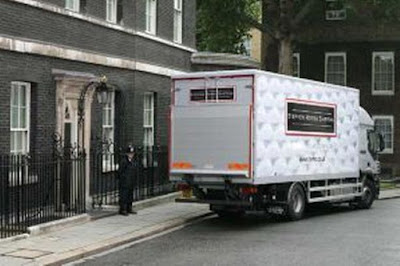 With both Buckingham Palace that houses the Royal Family and a lot of hangers on and the Palace of Westminster which houses Parliament, with many more hangers on both needing major maintenance and reconstruction work at vast cost and all too likely to go way way over budget, it is time for some lateral thinking.

Why in the 21st Century do the head of state and our national assembly in one or two parts need to be separated and why are they not all in a new, well equipped, alcohol free, economic, easy to run, easy to clean and a secure structure that is meant for their work and not as antique showpieces?

Surely, given the capabilities of modern builders it would be far better to put up buildings that are functional, far more comfortable and more accessible? Buckingham Palace, a barn of a place of no great architectural interest other than it has been there for a long while, could be knocked down.

The Palace of Westminster, a dreadful warning of what can happen if you give the builder a free hand, must go as well and what could the space be used for? Perhaps a brand new major building for The London School of Economics fit for purpose rather than the collection of old and new that muddles their thinking at present.

One possibility is that it would enable a major new railway station complex to be created that would merge both Euston and Waterloo into a central rail centre that would bring together the south and north of England. The 1890's dream of a direct Dover to Bradford service would be realised.

This could be whether the HS2 was built or not. Of course a few other old tatty run down redundant buildings would go as well, say The Foreign Office and Downing Street. The former could be housed in Brussels, perhaps Stalin Avenue on the patch there named Stalingrad. It would save on the postage and staffing if they took their orders direct.

The latter could be fixed up in one of those new towers by The City to be closer to their friends and family and those who really have the power. Also, they could be closer to God for his instructions if the Wi Fi was good enough. But where would the Head of State and our central assemblies go?

There are plenty of open spaces in and around London that could be used. Up at Hendon for example, close to Metropolitan Police facilities, or Alexandra Park if media proximity was preferred. This blog has suggested Tamworth in the past, but Stanley Park in Liverpool would be handy for the football.

Time for change as the politicians keep telling us. If so, then let them lead the way.