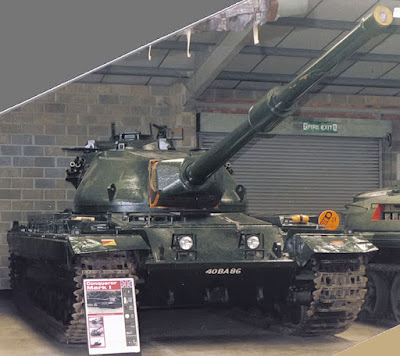 Main battle tanks are in the news again; the Russians are coming with a new model, the Armato (tomato?) state of the art high tech' and allegedly way ahead of ours or anybody else's. Perhaps it is not surprising this being the centenary year of the Battle of Cambrai in 1916.

Much admired at the time, there are historians who question their success. My grandfather who was in attendance among the infantry had his opinions, blunter and with short words.

It had been near sixty years since The Charge of the Light Brigade in The Crimea when the cavalry rediscovered the cost of charging artillery. After some famed cavalry charges in the colonies and later chasing the Boers of South Africa on horses etc. early in World War One the cavalry had to relearn the lessons of The Crimea.

These Pathe News clips from the 1930's tell us that the romantic notion of horsed cavalry was still in the public mind and in the media. The first, less than one minute, rejoices that the Royal Scots Greys will not be mechanised. This is November1937 and the Secretary of State For War was Leslie Hore-Belisha, see Wikipedia, a politician to his finger tips. He and the Generals did not get on well.

The next clip from 1930 is a couple of minutes of fancy horse display, musical riding once a useful form of training for movement in antique battle. A hard act to follow, largely because of the expense, it needed the taxpayer to pay for that one.

Sixty odd years ago I had dealings with tanks. Their officers were still attracted to horses, the training manoeuvres had to be timed to fit in with the various point to point fixtures. I think many of them still thought that we would be better off using horses against the Third Soviet Shock Army.

But they may have been right. Our old Centurion tanks were in poor condition, I handled the returns on tank states sent to the War Box. The new Conqueror ones we were being given were shockers. Over weight for power and tracks, under gunned death traps their drivers alleged that they broke down when any of the crew broke wind, a common feature of life in the tanks.

What is consistent through time is the support cost of both horses and tanks, especially the tanks. You do not see this in the public domain, it is there but overshadowed by the image of the machine and what they can do. Keeping them going and being able to function demands major back-up, repair, immediate spares and parts availability and a horde of highly trained mechanics with top grade management systems.

But just as tanks have been modernised and equipped to keep up to date so has anti-tank artillery, also now with modern systems and in our 21st Century world devices such as  drones. This means that tanks may be valuable against low grade opposition that is without such weaponry but against high grade opponents they could be more of a liability than an asset.

It is possible that a proper cost benefit analysis might well find that they are not a good option, in fact the age of the tanks and cavalry in wars between major powers is over.

Where might Russia's tanks be best used in that case?