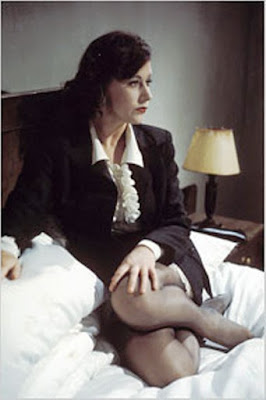 Those watching the sport may have missed the revival of one of our ancient customs; the debate between Ms. Helen Mirren, actress, and Mr. Michael Parkinson, a tame Yorkshireman, camera friendly and bossy who was picked out to be a major BBC interviewer one of whose "guests" was Helen.

Parky comes from Cudworth, a mining village by Barnsley town and close to the brewery which made the Barnsley Bitter, one of the old vintage bitter beers. As you entered Cudworth on the main road you would see a large advert' painted on the side of a factory for Parkinson's Boiled Sweets. This was a Doncaster firm which may or may not be connected.

Mirren is a southerner with a rich mixture of Eastern Europe and Londoner and working class as well as impoverished aristocrats. She too was a grammar school girl made good. During the 60's I saw her perform at the RSC Stratford a couple of times and she could act. Quite why Parky should do a "take down" interview is a puzzle. Perhaps he was only obeying orders.

The row is the allegation of 1975 MCP prejudice by Parkinson against Ms. Mirren, who is concerned with Feminism and the way women were treated and regarded by TV and the media in the past. The 1975 interview with her concentrated on her physicality rather than her stage work with the RSC and the extent of TV appearances.

She is an attractive lady and I suspect that some producers and directors were not shy of demanding that this quality might add to performances and filling the house. The Parkinson interviews, late night Saturdays commonly dealt with celebrity 1970's life and times and his plebian Yorkshireman routine was supposed to engage us.

The reality was that it was about audience figures in the three channel days when the BBC was in bitter rivalry with ITV. The commercial channel needed the viewers to up the advertising income and the BBC needed them to persuade the politicians to carry on up the licence fee.

Something  crucial is missing from the debate is that on 9 May 1975 the BBC screened a film it had made starring Robert Hardy and Helen Mirren called "Caesar And Claretta" lasting only fifty minutes. It was a fictional and arty piece about the last night that Benito Mussolini, the defeated dictator Duce of Italy, and Claretta Petacci, his mistress, spent together before the Italian Partisans who had captured them carried out the executions.

The storyline was that stress had affected Benito so much that all he wanted to do was sleep whereas Claretta wanted to have a last fling and on top. It was very ripe and naked and afterwards the BBC had a lot of publicity about how raw it was, which suited their suits as it put the BBC among the forward thinking of the time.

Was the Parkinson interview with Mirren before or after the film was screened? If it was before was the BBC telling Parkinson to wind it up to boost viewing numbers later for what might have seemed to viewers to be low level WW2 history? If it was after then it would have been the BBC trading off a juicy bit of TV with the publicity that it attracted in the 1970's.

It is odd in context given the deferential treatment others were often given. But with only three TV channels and limited drama prospects a thespian doing an interview show had to put up with what the presenter and his hirers wanted in that they could be made or broken in the space of a few minutes.

What mattered was the ratings first, second and third and nobody knew that better than Parky. Helen did not matter.