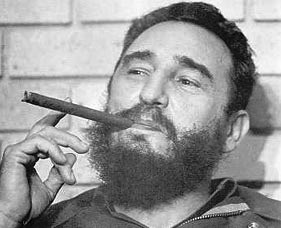 When Fidel Castro seized power in Cuba at the beginning of 1959 I was just finishing a spell of manual labour, one that involved night shifts, on British Railways. I had more on my mind than Latin American politics. It was another coup, another dictator and probably another team of looters who were now in power in Cuba.

What I knew about Cuba was hazy recollections of scenes from Hollywood movies, such as "Guys And Dolls" which had put a fun time easy going gloss on the way of life. That Castro and Co. were socialists claiming to be Marxist Leninist told me what their screen play and script was but perhaps they wouldn't last long. A few wrong moves and Washington DC would make other arrangements.

The surprise was that they had not done so already. But in 1958 President Eisenhower had a lot on his desk. Moreover, his Secretary of State, John Foster Dulles was a very sick man at the turn of the year and did not recover dying shortly after. Meanwhile, Neil McElroy, Secretary for Defense was playing out time before returning to Proctor and Gamble. There were too many great matters to deal with and a scuffle in the USA's back yard was a very low priority.

By the time Washington DC realised what was up in Cuba the Castro team had been able to establish themselves and to begin to wipe out the opposition and any disaffected elements. Not only did they have the weapons they had a creed. That the creed was intended to persuade the masses of poor gave them the advantage. That they soon controlled the military ensured their power.

Over in Europe, the ideas of nationalising companies and of central control over economic planning and development was common currency. Those of us employed on British Railways just accepted it and that the idea of returning rail travel and goods to the private sector seemed impossible given all that needed to be done. We were lucky that we had done this by voting and not by the need to overthrow dictators by violence.

For those on the further Left, Castro became something of a folk hero, achieving change by a Leninist type of power, we thought, of revolution and creating The New Age by a combination of force and unquestioned authority. Later in 1959 when offered a choice between You Have Never Had It So Good Conservatism under Macmillan and a divided Labour Party, part Gaitskell the Leader and most of their voters and part of the hard Left, the activists the electorate plumped for Macmillan and Butler with policies nicknamed "Butskellism".

Perhaps that is how we saw Castro. What nobody could have predicted was that Castro would hold on, and on, and on. In effect Cuba became a Communist Monarchy with a Castro Royal Family, but without a religious creed. They had a modern creed, or their own variant, of Marxist-Leninist or what was said to be Marx and Lenin's thinking. This creed can be very elastic in its applications. What does send a shiver through the mind is Corbyn and friends howling their grief, all hail the power of Castro's name.

They began as a vicious group of terrorists, achieved power by force, held on to power by ruthless authoritarian means and created a poor nation without hope or a future.