Can You Have Equal Equality? 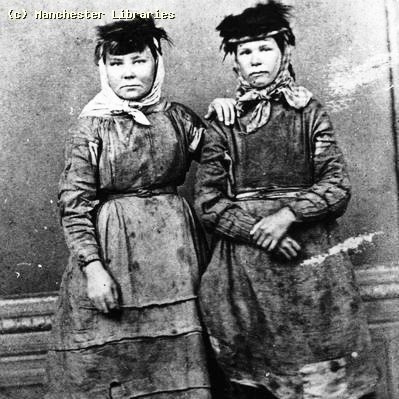 The web site "Conservative Women" had an item "You won't find many feminists at the coal face" as a comment on the limited ambitions of Equality campaigners. In fact, much of our dirty heavy manual work now is left to others.

The picture above is of female coal miners in Wales in the 1890's. In the past it was normal for females to be employed in heavy and dirty jobs on a level with men, if for lower wages whether or not they were the breadwinner. The fish trade ashore was one. I remember on the railways it was unwise to upset the ladies in the carriage sheds.

During the two world wars women and anyone available would be doing the work usually done by adult men. After these wars the losses and the readjustments of men meant a good many remained in such jobs especially as conscription and large armed forces removed large numbers from the labour force.

This was compounded by a much lower expectation of life for men in the heavy manual work with a higher accident rate than at the present. So the past is more complicated than it seems and the nature and extent of women's work more varied. In the last half century the labour force has been affected by rather longer education imposed on the young.

In the first quarter of the 21st Century we intend to correct the occupational and career imbalances of the previous three generations. One effect is to remove from the labour force a high proportion of the older and less educated and qualified. Another is to reduce the amount of heavy work and factories etc. and other places reliant on manual labour.

At the same time new recruitment and promotions etc. means that past imbalances are to be eliminated and hiring policies will enable a different balance to be achieved soon. However this is being done within one generation at a time of rapid economic and structural change. This will create other distortions that will be troublesome to correct.

What could be the political and social consequences?