The Army Will Advance 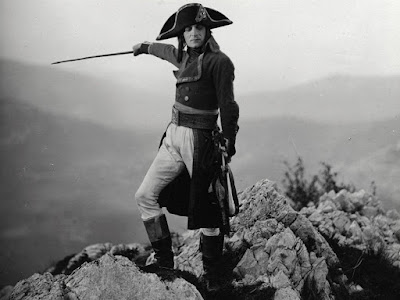 Just as the DVD remake is on the market of the famed Abel Gance classic film, "Napoleon" from 1927, renewed with full score and careful retouching, the EU has announced its long flagged, if that is the right word, Euro Army.

What the Euro Army is for is not certain. How much use it will be for combating the terrorism that is the threat is a question. Is it a plan by France to recover her lost Empire in the Middle East and North Africa? Who will make the ultimate command decisions?

The most likely purpose is to have a means of holding on to the lands of Eastern Europe that were gulled into linking with the EU. Given the choice between dictated to by Brussels or Moscow it  is not surprising that many of the peoples there prefer Moscow.

Also in the news is the problem that The Brigade of Guards has in recruiting. This leading part of the British Army is the one the provides much of the ceremonial as well as security role of The Army in London.

If they become too short of men, sorry, persons, then real changes will have to considered.

Perhaps the EU could provide us with a regiment of Zouaves, see Wikipedia, to take over Chelsea Barracks and do the job?