Hope Or No Hope? 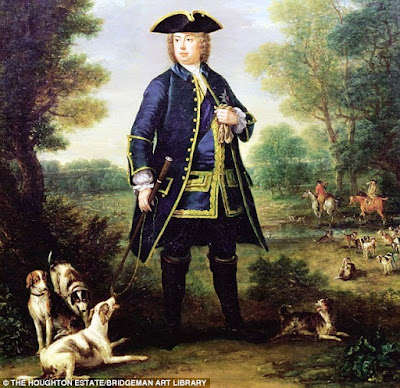 Now that a onetime no-hoper is being installed in The White House and there is no chance of any latter day Robert Ross or Arthur Brooke (see 1814) sorting it out we might think about other no-hopers who might take heart from this.

One is Jeremy Corbyn and I am sorry if the idea that he might become Prime Minister, or failing that President of the European Commission is disliked by or offends anyone but I have history to remind us of people of the past.

Down the years I wonder if how many of our Prime Ministers at one time were regarded earlier in their careers as men, or women, who while they might climb some way up the ladder, would either fall off or never reach the top? We could start with Robert Walpole (above) in the early 18th Century.

Skipping the long story about his career, go to Wikipedia, it was the accident of Royal descent that led to King George I becoming King, preferring to spend his time in Hanover, not understanding much English let alone the nation he had inherited, that meant Walpole became top man in government and hence the first Prime Minister.

Going down the years, there might be Spencer Perceval, who was not a peer but an industrious man. He was shot by John Bellingham, a merchant banker of his time who had been imprisoned by the Russians and had suffered losses. He expected a bail out but did not get one. How things change.

Another might be the Duke of Wellington, who had ascended to the heights of power already but who did not want the job and did not like it. He soon became fed up with politicians always arguing about things and then failing to follow orders.

One major no-hoper was Benjamin Disraeli at first seen as a dandy playboy and of Jewish origins yet who managed to become Prime Minister and confound everyone. I only wish he had avoided becoming involved in Egypt and the Suez Canal which he thought vital for the coaling stations of the Royal Navy.

Later, who would have thought that Lloyd George, the erratic Welshman of middling origins could displace the Liberal elite of his period and became a war leader? He was followed by Ramsay Macdonald, once leader of a minority party thought to have no chance of power.

There was Churchill, the 1930's wild man of the Tory back benches, an imperialist and ready for war who became Prime Minister in 1940 after the men of peace had lost their way. There was Attlee, the Labour stop-gap who became a key man in the War Cabinet and then trusted by many of the electorate in 1945.

In the 1960's we suddenly had a peer who disclaimed to become Prime Minister, Alec Douglas-Home, who given another few months might have turned the Tory party round.

Later, there was Mrs. Thatcher regarded by many in the party at "That Something Woman", another stop-gap who won the 1979 Election. How could she have beaten Jim Callaghan, a politician to his finger tips?

Who at one time would have bet on John Major, the former local councillor from Lambeth who seemed to be a good party hack and useful in junior ministerial office?

In a way Jeremy Corbyn could be seen as the Labour Party's either John Major or from an American example, Richard Nixon.

There, that will keep you awake at night.