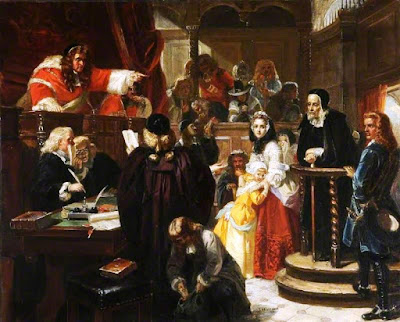 If you had not noticed there has been a fuss in the media about three old lawyers locked in the judiciary who state that the government cannot do what it wanted to, or rather what the electorate told it was wanted about the UK disengaging from the EU.

Given that the House of Commons has very many lawyers in its ranks, as does the Government and the House of Lords this had made the issue of even greater importance. There are large fees in the offing. Among other things, preferment being one of them.

It was said that during the time when Anthony Blair, Prime Minister and a lawyer and married to a practising lawyer, Cherie, who became a judge (Gilbert and Sullivan chorus from "Trial By Jury" "And a good judge too..." which we once saw performed at the Courts of Justice), Downing Street took a close interest in who was elevated to the bench and who was not.

It was around fifteen years ago when enjoying a musical evening at the Temple Church; I was rather hoping that that this would bring up the spirit of Oliver Goldsmith to clear up some history questions about Arnold Nesbitt, when I overheard a conversation. It was about a recent appointment to the bench where the person referred to was called "One of Cherie's little darlings". I think it was sarcasm but you never know with lawyers.

A long time ago, a playwright and actor lodged in the area who would have encountered many lawyers in his trade. He made his feelings clear about the profession. See William Shakespeare, "King Henry VI, Part 2", Act Four, Scene Two, Line 73. Dick the Butcher speaks to Jack Cade.

"First thing we do, let's kill all the lawyers." I wonder how many effigies of judges we might see on the bonfires tonight?