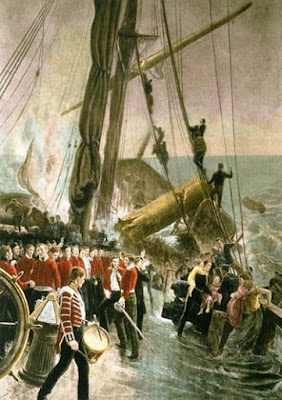 The Trump victory has that little extra spice in the fact that it seems that Hillary polled more votes, not many, but enough to add to the fuss. Next up is whether President Obama may hand out a pardon to the Clinton's for being imaginative with the money.

Personally, I hope he does. The prospect of years of media stuff on the litigation and the rest is dreadful. I doubt if either of them would actually finish up in gaol and the risk that many might come to sympathise with them is high. Especially, if either he or her, already ageing, have the coup de vieux that is possible.

While there is much anguish about what Trump has said we really should be wondering about what he has not said. Also thought might be given to what may be found in the Obama basement that we have not been told about. There could be some unwelcome surprises.

Then there is the future unknown. Trump is of MacLeod descent and one of the fine regiments of the line in the British Army was the MacLeod Highlanders, the 73rd, in 1882 embodied in The Highland Light Infantry. As well as their military victories the regiment was known for one of the great heroic events in history.

On 26 February 1852 the Royal Naval ship "HMS Birkenhead" struck an uncharted rock off the South African coast and began to stink. The 73rd were aboard and when mustered on deck stood firm and in ranks whilst the women and children took to the few boats able to get off safely. A great many men were lost.

The naval commander was a Captain Robert Salmond, a surname that often turns up in disasters and going full steam in uncharted waters. Trump already owns bits of Scotland and he may well take the opportunity to buy more of it so his policy and ideas for the future of Scotland will be of interest.

We should all hope that in an uncertain world his Presidency does not hit the rocks, because this time round I suspect nobody will stand firm to allow the women and children to go first.