Suck It And See 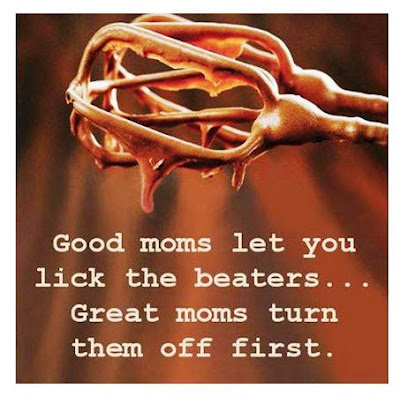 There are a number of pop songs from the past that have sugar either in their titles or the lyrics.  But sugar is now on the "bad" list with celebrity cooks and others demanding taxes in order to combat the dangers of obesity, now common rather than rare.

What is not referred to so much with this health issue is that in recent decades many and various artificial sweeteners have been created that some say have the effect of making people want to eat more than they should of less healthy foods.

There may be more to that and worse if this link to Zero Hedge and the questions about endocrine disrupting chemicals argue.  It is not just sugar it is other things we have allowed into our diets.

A very firm view is that of Kathy Gyngell in the "Conservative Woman" blog who argues that home cooking, now a lost art, is the answer.  Given that most of the eateries that have replaced the butchers, fishmongers, grocers, greengrocers etc, filling our town centre, depend on processed food, even the alleged "ethnic" ones, she may have a point.

But if we do accept that there is a sugar problem however and if the price might rise to curtail demand then perhaps some lateral thinking on related matters might be considered. Douglas Carswell, love him or hate him, once a backbench Tory, now in UKIP, always ready to have a go, has directed our attention to this issue.

This post on his blog tells us that the EU are out to destroy our cane sugar processing industry in favour of the those who produce beet sugar.  What he does not mention are the wider implications.

It is already known that some territories in the Caribbean are in a bad way, notably Jamaica.  If the West Indies cane sugar producers are made to suffer for the sake of French farmers it will be worse.

One way we could help Jamaica and others is not just to oppose the EU plans and the subsidies to the beet farmers, but to direct taxes etc. against beet sugar specifically to help the cane sugar producers and to support our own industry.

The UK itself is involved in growing beet sugar but if farmers could be nudged into growing other foods it might be all to the good.  The political problem is that there will not be many votes to be won and it entails difficult debate and flying in the faces of some of best funded lobbyists.

It is likely that the Labour Party will accuse the government of stealing the kiddies sweets. All in all, a nasty taste in the mouth, but these days that could be all the preservatives and flavourings never mind the E numbers.