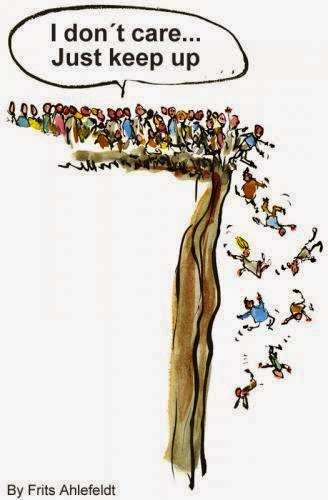 My driver training was done by a relative, a doctor who taught me by means of taking him on his rounds.  At one time he had been officer commanding a transport unit on the North West Frontier of the then British India.  Literally, up The Khyber.

He taught me many useful techniques, such as how to drive without braking and avoidance methods little known on British roads at the time.  One of his mantra's, literally, was that you never knew where the so and so's were coming from.  Vigilance of the highest order was needed.

Once, this might mean children dashing out into the road, or people running for a 'bus and not looking and similar kinds of risk.  Adults who thought they had judged the traffic correctly, but hadn't and resented having to jump were a nuisance as well as the old people for whom motor cars were an unwanted modern invention.

In the last decade I have had to learn how to cope with people who suddenly lurch out of nowhere or the crowd , are dressed usually in dark clothing and who are oblivious to everything except a small object in their hand.

These are not pieces that demand religious veneration.  They are more than that.  They are the person's identities, family, mind and world and these objects demand full obeisance and attention at all times.

Recently, despite low mileage and careful old fashioned driving I have had too many near misses for comfort.  There is that grim feeling that soon there will be someone who literally walks under the car they do not see or hear.

This link from family from The Meta Picture sets out other effects of the Phone Syndrome in how a restaurant now does it business.  Although almost amusing in its way it is too near reality for comfort.  This is how it is.  My reaction is that there are costs and in the case of this restaurant they could be heavy by sharply reducing turnover.

Harry Mount in today's Telegraph complains that mobile phones have destroyed the joy of train travel.  I suspect he is not talking about our local trains but rather better ones.  It could once be relaxing he argues, but is now a misery because of the yelping and shrieking on the phones.

Even walking down an ordinary street can be a hazard, dodging in and out between the glass eyed zombies locked onto their phones.  What amazes me are the reports of people in high ticket seats for performances who cannot go minutes without their phone checks utterly regardless of the artistes or other members of the audience.

On the BBC there has been a series of three programmes on marketing in the last few decades and the way consumers and in particular children have been targeted in what amounts to brain washing.

Perhaps The Phone Syndrome is the last phase of this.  Because most of humanity will soon have no brains left.