Electric Shocks For All 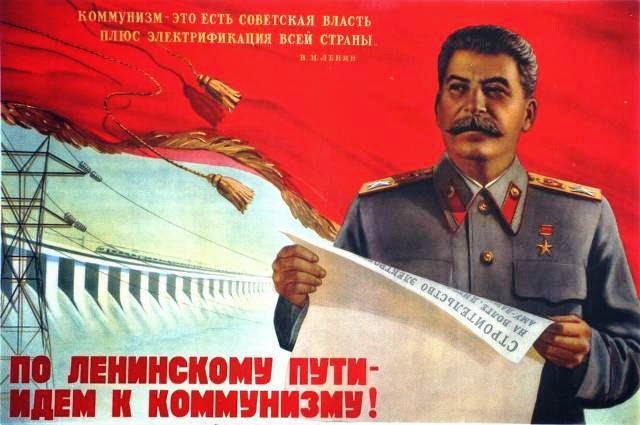 Today the Labour Party came up with its latest grand idea for policies to feature in the election campaign.  Ed Miliband was in Leeds telling an audience suffering an enthusiasm deficit that there would be new economic powerhouses, some of which would be local councils brought together to shape their futures.

The memories came flooding back about all the power houses of the past.  The oldest were all those fervent documentaries about how electrical power would be provided nationwide from the 1930's and 1940's.  So many of them had striking pictures of the applications of various forms of power in technology.

To modern audiences they look antique, even quaint.  The 1950's films of housewives' first experiences with modern kitchens seem almost ludicrous.  Again, visions of power and use were routine in government propaganda.  No party conference was without grand speeches on energy power and the new world to come.

Except it wasn't quite a new world.  Somehow or other, the old world in the form of the structure of industry, trade and many other things would continue in a happier world.  The new world was a sort of bolted on higher standard of living and consumption thing to employ and cater for the younger generations.

The electricity would largely be fuelled by coal with some by other means, so would the gas.  Large gangs of men would still be needed to move goods or do the manual work.  Road transport would expand but be the junior partner to rail.  Air would be the expensive and elite end.  This could go on.

One memory is a Conservative Party Conference at Blackpool, in Lancashire when RA Butler gave a speech on policy some fifty odd years ago.  He made firm promises that the Lancashire Cotton Industry would enjoy full government support and would have a bright future.  In all this were the promises of cheaper, reliable and better power supplies.

It would only be a few years later when Ed and Dave Miliband would be sitting at the knee of their father, Ralph Miliband, the Marxist academic, enthralled by his magic tales of the wonders of Stalin's Electrification of the Soviet Union, which had set an example for all mankind.

It was claptrap of all this kind that formed the mindset of politicians dealing with many issues.  The Power Thing as a critical force was a mystic belief that coloured anything and everything they attempted to do.

So when the Conservative Heath reorganised local government in the early 1970's we were inflicted with a bright new dawn.  It was a set up that was remarkably similar to the one now being proposed by Miliband.  In the radical reshaping that took place on layer in some areas were the Metropolitan Counties.

Broadly, these were the same areas that are suggested for the creation of new "powerhouses" of grouped councils and the concept was bandied about in the early talk of how they would invigorate, stimulate and all that the local economies.

What did we get, the elected members were all the old war horses of local politics delighted to have a brand new, bigger and better gravy train and there was a lot of gravy to be had.  New large departments were staffed up on high salaries.  There was a business or development department notably lacking in real business experience.

In some of these new councils the members were those with experience of new planning and development under the guidance of one of the masters of the era, John Poulson who also finished up in Leeds, sadly in Armley Gaol for corruption.  You may guess where the great majority of the money available went.

At first, until reined in as the rates bills to local businesses went up to catastrophic levels, these councils were some of the biggest pork barrels in the UK.  There major interest was propping up or helping old declining industries and their affiliates in activities that clearly had no future, only delaying its impact.

Otherwise they were open for business to all the lobbyists, racketeers, confidence men and the rest.  This was the 1970's and these men had no idea about the real new forces. products and technologies that were being established, notably in IT, computing and business machinery and the rest.

They were shielded from much of the ordinary or real politics that went on because the lower level Metropolitan Boroughs dealt with Education, Social Services, Leisure and such like with parallel Area Health Authorities for the National Health Service.

The trouble was that they were embedded into the Labour Party at the time because of the political complexion of those industrial districts.  It was not until the era of Mrs. Thatcher that they were abolished and few other than those at their cash tills regretted their going.

For our politicians looking for the answers to the problems of the now and how to proceed to a sounder and better balance future the restoration of the Metropolitan Counties in one form or another is one of the worst things they could do.

It is not simply more tax and spend it is probably one of the most inefficient and damaging ways to do it.