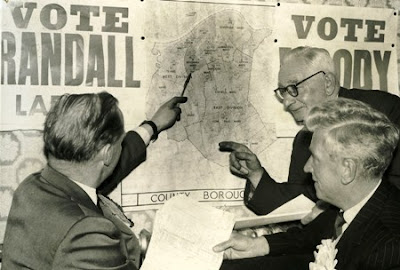 “Political Science” is a field of study that is short on science and long on politics. The relevant philosophies that intrude on the subject may veer unsteadily between the two. Often there is a lot of history involved, sometimes from historians, often not.

This again depends on the mind set, field of study and thinking processes of the writer. A number of politicians on the Left of British politics have written theses at one time or another under this broad heading. Although classified as “political science” they would be better shelved under Fiction or Comedy.

The question of voting systems has long been one of the parts that is left to the more “nerdish” students and academics involved. It is all very “techie” and complicated with obscure jargon, terms and labels and the rest. I have not seen a “Voting For Dummies” in the local bookshops but it will not be long before one is available, at a price.

In voting systems, as with computer software and techno’ kit often the worst thing you can do it to go for the alleged upgrade or improvement or bolt on thingy that is said to deal with an immediate problem. The trouble with quick fixes is that they are rarely quick and the fix does not last for long, because then you have more trouble than when you started.

The whole question of “to AV or not to AV” is yet another quick fix. The British Constitution has had a huge number of such since the late muddle Major years and following under blagger Blair and blunder Brown. In computer terms like those still on Windows 95 it is time to find another operating system.

The basic system no longer functions in terms of modern demands nor will it ever and the notion of a tinkered change to the voting system such as AV or similar device will not deal with the essential problems of how we are governed. Our major problem as in so many fields is that in Britain we are carrying far too much baggage from the past in the way we direct our thinking to the issues of the present and the future.

One in the UK is having been told by conventional wisdom of the past to rejoice over the benefits of our two party system. This was part of our great history. Once we had Whigs and Tories, then after 1832, Liberals and Conservatives emerged only for the Labour party to supplant the Liberals by 1945. It was never as simple as that and in any case the franchise had changed utterly as had the whole structure of Parliament and Government.

By the mid 20th Century we had developed a Civil Service that was relatively incorrupt and reliable and had established a network of local authorities that was more or less effective, although often in a ramshackle and unpredictable way. It was not perfect but it was not evil or exploitative or vicious or beholden to dogmatic extremes. Also it provided the foundations for Whitehall to do a job that attempted to relate to the real tasks in hand.

What do we have at present? A parliament that little reflects the electorate and along with government is no longer the culmination or peak of political or personal ambition. Nearly all of them use it as a stepping stone to further riches or celebrity. Would Ann Widdecombe have ever made “Strictly Come Dancing” and been able to appear with the legendary Felicity Kendal had she not been an M.P. and a minister? Would Blair have become a property magnate, friend of the plutocrats and jet set political and financial fixer had he not been Prime Minister?

It was in the 1960’s under the statistician Harold Wilson and Lt. Col Edward Heath of the Honourable Artillery Company, and Chief Whip, when it was finally fully realised that to target marginal constituencies was one key way to win an election, especially a closely contested one, as many were at this time. The old big world grandstanding was always there but the real money was thrown at where it really mattered politically and has been ever since.

It is our fixation that one way or another the voting systems should be based on the notion of constituencies that has been at the base of so many of the major fault lines in the UK government. Originally, the House of Commons had been drawn from the Knights of the Shire and the Burghers of the few Chartered Boroughs to advise the Lords and Monarch and to agree taxation.

After 1832 there was a series of revisions based on the 19th century view or urbanised and rural community that resulted later in the First Past The Post election based on single member constituencies in a Parliament controlled and dominated by the House of Commons. In commercial and industrial terms this has had the effect of concentrating attention and influence on economic activities of the immediate past and not the future or what is needed after radical change occurs.

This has had a disastrous impact on the two major parties. The Labour Party became dependent on and controlled by a limited number of industrial and political interests in its “heartlands” and a similar effect was in the Conservative Party. The switching in marginal constituencies ensured those members came and went. This limited those who led to those who were lucky enough to picked in a heartland base.

All those who supported a party in the heartland of another were ignored and this led to gross imbalances in representation and policy. At one time the Civil Service and local government networks provided a balance but in the last decades these have been both corrupted and almost destroyed in real effectiveness or as neutral entities in the business of governing and administering.

The situation now is that the smallest area for providing a base of election to the House of Commons should have not less than twenty Members of the House of Commons which might have a total membership of between 350 or 450 but no more. If there is to be a Second Chamber to replace the crony Lords then it should be half that number and elected from the same base area on the same form of franchise.

The voting system should be one close to those of other countries where those parties with major support will have a representation close to their total votes. For small parties a minimum might be necessary but not high enough to deter some minorities of one sort or another having at least one or two voices. Precisely which form of this kind of voting system would be best is one for the experts but one preferably that is not too complex or liable to distortions.

We might then begin to relate to reality but just how we fix a shattered Civil Service and an off the rails local government I do not know.
Posted by Demetrius at 15:36