Getting Into Bed With Unilever 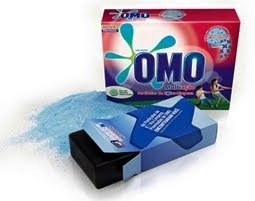 Hat tip on this item to the blog “Some Assembly Required”, a dry summary of life in the USA as it is reported in the media (www dot ckm3 dot blogspot dot com) and the link on Monday August 2nd “Location, Location, Location” to a page on “Advertising Age”.

When reading this item, please bear in mind that I believe Unilever has interests in contraceptive and very personal care products. You may allow your imagination to run wild and free in wondering about the implications

Is Your Detergent Stalking You?

NEW YORK (AdAge.com) -- Unilever's Omo detergent is adding an unusual ingredient to its two-pound detergent box in Brazil: a GPS device that allows its promotions agency Bullet to track shoppers and follow them to their front doors.

Starting next week, consumers who buy one of the GPS-implanted detergent boxes will be surprised at home, given a pocket video camera as a prize and invited to bring their families to enjoy a day of Unilever-sponsored outdoor fun.

The promotion, called Try Something New With Omo, is in keeping with the brand's international "Dirt is Good" positioning that encourages parents to let their kids have a good time even if they get dirty.

Omo accounts for half of Brazil's detergent sales and is already found in 80% of homes there, so Unilever's goal is more to draw attention to a new stain-fighting version of Omo and get it talked about rather than looking for a big increase in sales.

That made the idea of doing a promotion where the prize finds the consumer, rather than the consumer having to look for the prize, and maybe not bothering, appealing.

Fernando Figueiredo, Bullet's president, said the GPS device is activated when a shopper removes the detergent carton from the supermarket shelf. Fifty Omo boxes implanted with GPS devices have been scattered around Brazil, and Mr. Figueiredo has teams in 35 Brazilian cities ready to leap into action when a box is activated.

The nearest team can reach the shopper's home "within hours or days," and if they're really close by, "they may get to your house as soon as you do," he said.
Once there, the teams have portable equipment that lets them go floor by floor in apartment buildings until they find the correct unit, he said.

Of course, Brazil has a high crime rate, and not everyone is going to open the door to strangers who claim to have been sent by her detergent brand to offer a free video camera. Bullet has thought of that.

If the team tracks a consumer to her home but she won't let them in, they can remotely activate a buzzer in the detergent box so that it starts beeping.

And if the team takes too long to arrive, and the consumer has already opened the box to see if she's a winner or just do laundry, she'll find, along with the GPS device and less detergent than expected, a note explaining the promotion and a phone number to call.

"Anything can happen," Mr. Figueiredo said. "We have to be innovative, but we don't know what reaction to expect from consumers."

In a big web component, the site experimentealgonovo.com.br (Portuguese for "try something new") goes live in August, and will include a map showing roughly where the winners live, pictures of each winner and footage of the Bullet-Omo teams hunting down the GPS-enabled detergent boxes, knocking on doors and surprising consumers.

"It costs more than a traditional promotion and is riskier because it's never been done before, but it's worth it," Mr. Figueiredo said. The technology aspect of the promotion costs less than $1 million, out of Omo's overall marketing budget of about $23 million.

"We believe in using new technology for promotional marketing," Mr. Figueiredo said.
Plus Bullet just likes figuring out how to ingeniously embed stuff in products. Two summers ago, sales of Unilever's Fruttare Popsicles soared when Bullet disguised 10,000 iPod Shuffles as popsicles and popped them in freezer cases.

The agency's creatives had noticed while reading their iPod instruction manuals that an iPod can operate at temperatures below freezing. They immediately began freezing their own devices as a test, then constructed a fake ice-cream bar case that mimicked the popsicle but fit an iPod, and a wildly successful summer ice cream promotion was born.

This tells us a great deal about modern marketing and even more about Unilever. William Hesketh Lever, where are you when we need you?
Posted by Demetrius at 12:35