Taking Care Of The Pennies 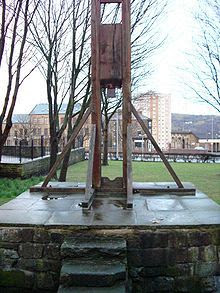 There is a lot of clatter about percentages, cuts, reductions in service and a great deal of muddled thinking. If the government is trying to be clever it is a bad idea. Restraining spending, or even cutting, is always wildly unpopular. The luvvies will be out in droves tearing their hair, rending their clothes and covering themselves with organic ashes.

If you want to take a percentage out of a budget, to paraphrase Carl von Clausewitz, first you need to make up your mind what sort of fight you want on your hands. There is no sign of this in the government’s approach to date which is a worry for many reasons. Allowing for this, there is the blinding obvious.

If overall you are hoping for 10% then you might make noises about 25%, ask for what can go at higher levels and see then what can be done. What you do need to be very clear about is that if you want to reduce by 10% or more overall and at the same time maintain or even increase some levels of spending then something has to go at much higher levels of percentage reduction.

Moreover if those parts of the budget you want to keep up are larger in proportion that others then the weight of reductions in the others will be much greater. In short to cut overall by 10%, if you only have one third or so of the budget in which to find it then the reductions there will have to be a lot more than 10% and in some areas more than 40%.

Where the government will be at a loss is in trying to work out what was going on where and what exactly has been happening. Given the chaotic operation of the last government, the obfuscation (lies to you and me), faking of figures and accounting that would put to shame Madoff and Enron, it may be that the only safe way is to wield all those axes currently on display in cartoons in the dead tree press.

The increasing urgency of the situation, the stresses building up in the world economy and the increasing number of trouble spots that could trigger real problems for all the vulnerable economies such as the UK means that the government have little time in which to do a lot of work and make many decisions. They cannot afford to be too precious about the detail.

During the French Revolution the authorities were notoriously indiscriminate about who was sent to the Guillotine and why. It is claimed that amongst the possible devices that the Guillotine was derived from was The Halifax Gibbet invented as an efficient and humane execution device. This made it easier on the conscience to justify all those suffered the chop after a limited investigation.

Eric Pickles came to political prominence in Bradford, a little way along the road from Halifax. Cometh the hour, cometh the man?
Posted by Demetrius at 19:04