The Rule Of The Plundercrats 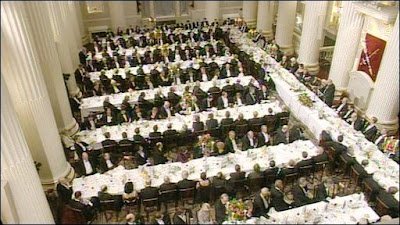 For some time I have been suggesting that all the old baggage of theories and “isms” we have collected down the years are out of date and now impede real discussion and awareness of what is going on out there. The problem is finding new words and a structure of ideas that does and can be understood. Perhaps we need to reduce matters to the simplest possible.

It is that the world is ruled by a shifting group of people who have gained control over the financial systems, scarce resources, communications and means of distribution. They are increasingly above the law, can control politics and their interests extend into almost every home and location in the world from which they extracted increasing amounts of wealth that they alone govern. Much of the developed world is collapsing into debt slavery and much of the undeveloped world is already there.

There are two possible words, Plundercrats or Lootocrats with Plunderocracy and Lootocracy as the group options. The second comes a little too close to the old Plutocrats associated with past “ism’s”. The first is a little clumsier but is more accurate as it more or less describes their mode of operations. I am settling for The Plundercrats.

This line of thinking was sparked off by a long item on The Vikings in the latest “Current Archaeology” that deals with the debate about them being “raiders or traders” etc. Rightly, the author, Chris Catling, points out that they were not the only armed groups of men in that period. There have been many others.

If you look at history in the longer period and over wider territories than Europe and the Mediterranean there have been times when there have been many types of mobile armed groups with predatory intentions and purpose who have plagued others and have taken what they wanted and when they wanted. What made The Vikings different was that they arrived suddenly by deep sea voyages and did not trouble too much about who they attacked. The churches and monasteries were not sacred as far as they were concerned if there was plunder or loot to be had.

To reduce all the political structures of history to their basic form essentially you have four organisational layers (who says I am not up to date?) above the base farming, working and trading elements in a society. You have War Bands, roughly a boat load of Vikings or Saxons and the like. Above them you might often have a War Lord who is recognised as senior and sometimes controlling of a number of War Bands, maybe by consent, maybe by force.

Above the category of War Lord there is Overlord who can command the loyalty and support of a number of War Lords. Then it is possible to have a Superlord who commands, and/or controls and is recognised by Overlords and other Warlords as their superior. To put it into old fashioned European terms an Emperor or major King might be a Superlord, other Kings with sundry Dukes, Princes as Overlords, with then ranks of Warlords and War Bands below them.

This system covers one or another most complex political systems in history. If you scratch below the surface of either ancient or modern supposedly representative systems you can find the same basic structure. They might have stopped cutting throats and all the rest but the idea is control and supremacy. The key to this is that these are in continual flux and do not remain static. Groups can rise or fall with either astonishing rapidity or over several generations. One situation can change form and then change again and again.

What is it all about? Essentially just like the aggressive Viking raiders, plunder, loot and money taking to enable the gathering of wealth to trade in desired goods and to create status. Also, the more of it you take the greater the chances of ascending the ladder of lordship, so long as you can keep it and your followers together. During our human history the various grades of lords have rarely cared too much about what happens to those below them and the collateral damage.

All these war band leaders and their lords are Plundercrats or Lootocrats and they are with us today in the shape of the globalised financial, oil and business communities. They have now escaped the control of the military lords; indeed they pay and command them. This is done through their political agents and stewards, sometimes theoretically representative, often dictatorial who depend on their funding and support for the access to media and the bands of followers they lead.

Unluckily, their greed and rapacity has done so much damage that in the vast urban areas and their helot populations new groups of predator War Bands are springing up. They are going out of control and will soon either contest the local Plundercrat leadership or by operating as independent entities that are impossible to control these War Bands will reduce the major economic bases to extreme forms of poverty.

The Plundercrats will then form or recruit their personal War Bands and retreat into heavily fortified communities, sometimes having to pay ransoms or forfeits to any better equipped War Band that might turn up asking for cash, as did the old Vikings.

I saw this big fast boat down at the coast that is there for the taking. If around thirty to forty blokes with time on their hands and all the right kit would like to come along we could have an interesting trip. Should we start at Marbella and move on to Monaco?

Call it our own personal Human Rights Campaign.
Posted by Demetrius at 11:22