Counting Out The Census 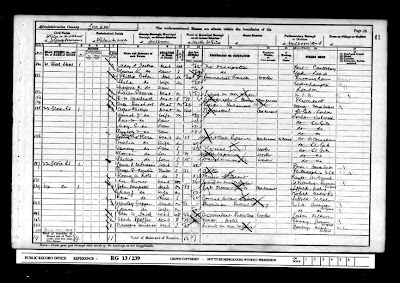 The announcement that the Census of Population in the form that it has taken since 1841 is now to end is not a surprise. According to a report I have seen the 2011 is said to be going ahead and that will be the last. I recommend that the Government should cancel that for 2011. It is all too likely to turn out to be a farce, grossly inaccurate, very expensive and a source of unlimited trouble and complaint at a time when many more serious issues have to be dealt with. Also by the time the data becomes available and has had analysis it will be out of date.

After the 2001 Census there were difficulties in a number of areas, notably Westminster of all places, where the gross figures for the Returns simply did not match other information which was more reliable and able to be checked. Because the Census was used as a base for major funding and planning decisions by Whitehall those authorities concerned stood to lose a great deal and their council tax payers to lose even more. I did a piece at the time and was delighted to see the Government back track in its attitude and accept that there could be major inaccuracies in the data for a variety of reasons.

In the past the Census was always a rough and ready population count asking for basic information and intended as a framework for discussing general population issues. It was never intended to have an absolute authority in a whole range of government decision making processes on planning and funding. For any of this there were a large range of other reports and investigations available. In many local areas Sanitary Engineers, Medical Officers and others worked to find out the facts.

Those of the past for those who have studied Census Returns extensively know all too well that they were never accurate and the detail is strewn with errors, wrong information, and often guesswork. It was not unknown for the recording to rank bad in some cases and very unreliable in others. Some patches of the urban areas were not covered at all for the obvious reasons; no go is nothing new.

Seamen necessarily are often missing. There were many others who travelled and itinerants and work gangs left off. Men would sleep out for the night because they believed that to be recorded meant being called for the Militia. One of the most spectacular errors was in 1881 when the wife of a Foreign Office Plenipotentiary-General negotiating a Treaty abroad in the name of The Queen and Parliament was listed as a the wife of a General Labourer. The enumerator did not appreciate the distinctions in the use of the word “General”.

If 2001 in my view was poor and ramshackle on the whole, with a form that many will have disliked, then 2011 will be worse and for much the same reasons. The intention is to ask many more questions of people who will be very reluctant either to tell the truth or to co-operate. I have seen some Libertarian and other internet stuff already that is suggesting that people give silly answers. Few will need much invitation, will those who worship Jedi suddenly became the major religion of the UK?

In the past there have been more serious conceptual weaknesses in the analysis of the Returns. Because they relied on the old Registrar General’s construct of the class structure this was the way population was regarded. The fluidity of movement, the complex structure of families and critically the nature of management and organisational systems often bears no relationship to the bareness of the Returns. I could go on and on about the way the old Returns gave only a crude and inadequate snapshot and must never be taken at face value either in detail or as a whole.

One reason is that too many historians, sociologists and others have imposed too many inadequate and misleading ideologies of politics and philosophy on these raw figures. So we have been given a wholly deceptive picture of the past. The 2011 Census will be no better, probably much worse given the potential scale of evasion. The old Returns have their uses but like any evidence of the past or even the present need regarding with care and corroboration.

Anyhow if anybody wants to know who I am or what I am they just have to look at what is out there already in the computers. If as Kant is alleged to have suggested, “Man is what he eats” then it is all there in the shopping lists.

So the government should scrap the 2011 Census and save themselves a lot of trouble and all the bother of making sense of what is too likely to be nonsense.
Posted by Demetrius at 11:38