The Return Of The Mad Tankies 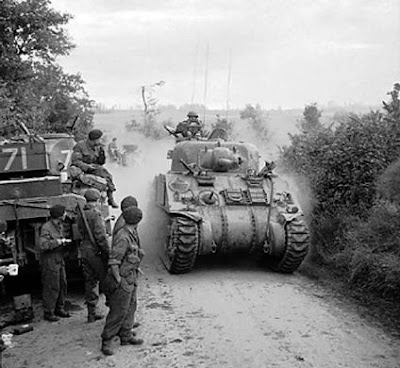 Walking down our main shopping street I had a jolt in the random memory. It was the glazed eyes and nodding heads that began to make me take notice. The other signs were soon evident. Not quite hearing, missing what you were saying, getting it all wrong, the feeling of a distant being, the jumpiness, the erratic reactions and the nervous motions. Not me, but them and young. What was it that was lurking in the mind?

Like so many other things the answer came in the night as I crept to inspect the contents of the fridge hoping that something needed to be consumed. It was looking out into the night and seeing a movement in the shadows. It was only a fox eating a neighbour’s cat. Then I remembered the Mad Tankies.

Long go, when on duty in the night and watching and checking as we had to, one of the hazards was that a Mad Tankie was abroad. Sometimes they were simply drunk and had to be assisted. Sometimes they were on a bad one as their demons had come to visit and this could be difficult. Many times they had just gone walkabout.

One of them who joined the cavalry not long after 1930 was often looking for his horse. It had been taken away in 1939 and he had never had one since. But many nights he would be out there looking. Another needed watching especially if he had found some matches. There were others who were never quite with you at any time and unpredictable.

What they had in common was that they were close to the end of long service, often had suffered loss or rank due to one calamity or another and had all been tank crew for long spells. Tanks then as now were very noisy things and inside them crew had headphones that added to the racket and directed loud and indiscriminate sound into their ears for hours, days, weeks and years. Then there was the gunfire.

They had gone “deaf and daft” and we teenage soldiers were asked to help this unhappy few get past the last months or so of service to allow them an honourable discharge with pension. We did not mind, at times we were almost as daft and in any case they had served their time and deserved a little latitude. What happened in Civvy Street was beyond us and none of them would make old bones.

The Mad Tankies were not the only ones of their kind. I recall the tacking shed in a shoe machinery factory where tacks were hammered out of wire by large machines. There were about fifty of them banging away and anyone who was not already deaf when they began there would be within the year. It would not be long before they were daft as well. Nearly as daft as all the women in the puff and shank shed where other machines stamped out the stiffeners for boots and shoes.

This is not the place for an essay on deafness and a detailing of the recent research made possible by MRI etc. which indicates that deafness and the associated difficulties can result in brain impairment. For the Mad Tankies in the age before antibiotics and the rest any ear infection at any time could make the hearing vulnerable. Noise did the rest and the medic’s then simply took the view that deaf people were necessarily different, it just happened.

Decades later I was deeply involved with services for those with severe hearing loss and all those involved. A great deal of time was spent working out what was needed and how best to deal it. It was a time when it had become evident that this was not just something that happened; it had profound implications for those affected and their families. What many of them were not clear about, nor many other people, were the implications of sound as a physical force.

We know much more now from work in the last couple of decades. Specialists in the past often advised against the deaf simply turning sound up but were often ignored because it could not be felt or seen. So to suggest damage as a consequence of impact on the skull and brain was purely theoretical. Also, many psychologists and psychiatrists asserted that it was purely an emotional reaction.

With the coming of the amplifier and loud sound of both music and voice it is a loud and assertive world we live in. Technology has massively reduced the size and cost of devices as well as their range. As I walk about many people seem to have something plugged into their ears and have become oblivious to everything around them. There are some who may be in a state of semi-concussion because of their inability to walk in a straight line and continual bumping into others.

At times I can hear the sound at up to thirty yards despite it being plugged into a distant ear. There are others when a car passes by with the decibels inside up to 100 or more and small children inside. There are nights when a festival in the park near two miles away can be heard. Shops and banks belt out sound at 70 decibels or more because they think it is expected. Health, yes health clubs commonly have sound beyond 90 or more decibels.

And everywhere I walk and in all the public places I see the new Mad Tankies. Only they are not men old before their time, they are quite young, often very young. And they are all going slowly or quickly deaf and different from the rest of us.
Posted by Demetrius at 15:05