Your Doom Is My Delight 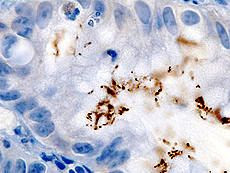 The doom mongers have been busy recently. Inevitably as the supply has risen doom has become a cheaper commodity. For some obscure reason most people are not increasing their demand for doom, so there are a lot of cut price versions about. There does seem to be an increase in the demand for things that get you high and happy but this is simply increases the basic resources to feed the supply of doom.

The BP business and the political fall out have attracted a good deal of attention. One aspect of the blow out has been suggestions that a lot of methane has been leaking out into the Gulf as well as the oil. Some scientists have claimed that in the distant past there have been two occasions when major methane emissions have all but ended life on earth.

The late Auberon Waugh had a theory that the methane emitted from the rear end of cattle was a major source of world pollution. But the scientists suggest that large methane bursts of up to twenty miles wide would be enough. If the deep sea drillers going down into tricky geology do not really know what they are going to find, they could trigger one. It means we can stop worrying about Iceland; at least for a week or two.

But radical and rapid change can occur in our arrangements without us noticing or paying much attention to what is happening around us. Back in the early 1950’s I was put on standby to go to Southampton docks where a strike was impacting on food imports. Luckily, a flu epidemic happened which stopped that and also the strike because dockers on strike did not get sick pay. Then dock strikes for many reasons were a feature of the UK economy and politics.

Late in the 1950’s I was at a meeting with Jack Dash, a leader in the Dock unions, who became a major figure and was reviled by the media. In a meeting away from notice he was a decent sort of bloke, very much a worker and a believing communist who was thoughtful and well read. I thought he was badly wrong but that how to organise and deploy large numbers of manual workers when work on the docks was variable both in nature and from week to week was a difficult business.

What none of us at the meeting and for that matter in government and the economy realised and could not see was that the old ways were about to end. The change would not simply affect the docks but the whole structure of transporting and distributing goods. The effects would be world wide and impact on whole economies.

There had been a number of different ways of carrying goods by some form of container in the past, but only small scale and often localised. In 1956 Malcolm McLean of the USA began to use an altogether better and more worked out method for doing it on ocean going ships. By 1970 international agreements on the standardisation of containers meant that the concept had become world wide.

In the 1970’s I realised it by accident. On a number of occasions I travelled from Hull to Europort in Rotterdam, also from Felixstowe to Zeebrugge and a couple of other North Sea routes. For anyone with half an eye and a bit of experience it was easy to see how transportation had changed. What took longer to dawn on me were the wider implications for the UK and the world.

Clearly the old British system of docks and distribution was doomed as were the jobs of the dock workers and the whole complicated structure of company and union ways of negotiation and doing anything. It was going to mean radical, rapid change and extensive upheaval and investment.

This happened, yet few of the general public noticed. Except for a few wild eyed off the wall eccentric forecasters that nobody with any sense or influence would listen to. I was aware that things had to change, but in my innocence felt that this could be done within the present structures and would assist existing commerce and industry. The relentless stupidity of managements, politicians, and unions was something I did not foresee.

This can apply in science as well. When Barry Marshall and Robin Warren in Western Australia, far from main stream science, came up with the thesis that the bacteria Helicobactor Pylori was a major factor in causing ulcers and severe gastric problems they transformed a major area of medical treatment and saved millions from decades of pain and misery. It also meant a large number of surgeons had to find other kinds of work and hospitals reorganised. They knew that they might change things but not the extent of the impact.

So what is going on out there now that has already started and will gather strength and impact in the coming decade? What is it that could change all our lives and we will not see it until it is too late and we will make an unholy mess of the period of transition? It could be none of the things that lead the current fashions of change prediction or of impending doom.

It could be something quite simple and not noticed; someone or something we have never heard of and take no account of. Then when it happens we might wonder what has hit us and why. For anyone adversely affected the issue will be who to blame and how to prevent the inevitable.