Tomorrow Is Another Day 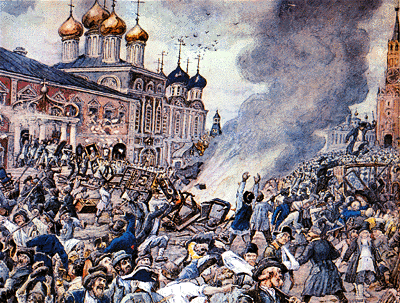 Those taxpayers who cannot avoid paying tax are the only persons contained by existing political boundaries and are wholly at the mercy of their political elites. These elites, their support systems and much of large scale economic activity notably in financial services are not financially confined within the “nation states” they control and from whom they extract their rents and income streams.

They take their money and ownership of assets where they wish. So for the UK the offices of our Inland Revenue which extracts taxes from most of us are no longer owned by our government but by a private equity company based in Bermuda. This company made a very profitable deal on the purchase of the offices and is doing very well out of the leasehold and other charges.

It would be wearying to go on and on and on about all the other examples, please refer to Tax Justice Network on the international situation. In some countries, notably Greece it has gone to greater extremes. There, it is said, hardly any of the top 30% in wealth terms pay much if any tax. Nor do they intend to. One side effect is that such Greeks have been buying into London property and helping to keep up prices there. The UK needs this kind of help much as it needs a return of the Bubonic Plague of 1665-1666.

The great trouble for the media, the politicians and the pundits is that explaining all this to the ordinary, or even most of the educated population is conveying the sheer complexity and depth of what is involved. All I can do is give below the comment made by Tyler Durden yesterday in Zero Hedge dot com “The CDS Traders Verdict Is In – UK In Deep – As Are France And Deutschland”. In another post the site points out that the Greek bail out is also a bail out of French banks.

In the next few days and maybe months you are going to hear a lot about “contagion” and the gathering sovereign debt crisis implodes, explodes or goes stratospheric. Like it or not you and I are part of it, so get used to the idea.

Portugal... Spain...Greece...these are all last week's news based on CDS trading patterns. Indeed, this week saw the biggest trade unwinds of all top 1000 CDS entities (including all corporates) precisely in these three names.

As the PIIGS implosion is finally being appreciated by everyone and their grandmother, the "speculators" are booking massive profits: the net cover/rerisking in Portugal and Spain was a massive $500 million net notional unwinds in each in the week ended April 30.

Also known as taking profits. Greece and Ireland were also in the top 5, so as we have repeatedly claimed, the market will no longer make the news in Club Med. So where will it? No surprise there - the UK, France and Germany. The smartest money in the world is now actively betting the core of the eurozone is where the next CDS blow up will take place.

With a stunning $630 million, $558 million and $370 million in net notional derisking, France, UK and Germany are the top three most active recipients in negative bets in the prior week, not just in sovereigns but in all names.

The greatest non-sovereign derisker in the last week? Goldman Sachs, with $175 million. Nuff said. Yet a tangent on the UK: last week the UK saw $443 million in net notional derisking. This week the number is even higher: $558 million. There is now over $1 billion in net risky bets made that the UK may not last.

And Zero Hedge's outside bet to be the first core country to blow up, thanks to its massive PIIGS exposure, France, finally made the top spot in net derisking, with $629 million in net notional, or 189 contracts. The smart money is now massively betting that Europe's core is done for; as the PIIGS have demonstrated, the blow out in spreads for the core trifecta can not be far behind.

The ones who will be worst affected are those who are the taxpayers. And there is no known cure.
Posted by Demetrius at 14:46