The NHS - Cutting The Cost 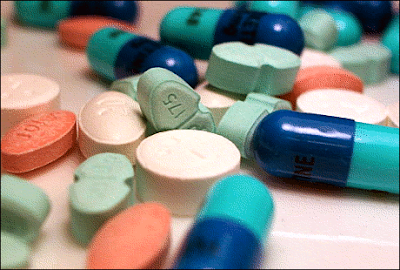 Looking for anything but politics during the week there were two stories that left me startled and with that sinking feeling again about what should be very obvious. After all the clatter above protecting “front line services” one wonders who exactly is being protected. Is it the patients, doctors, nurses, and medical support or could it be other interests?

One story was about children with behaviour issues who were difficult to control and were both over active and apparently over stimulated. According to the report the drug Ritalin is now being prescribed by doctors to around 750,000 children. Not long ago when a psychologist I knew quite well was asked he assured me that the drug was not given unless a number of criteria had been met.

If there were boxes to be ticked ordered by those on high then that was enough. In the past I have had too many rows with the “mind men” not to be worried about what appears to be the mass medication of large numbers of children with apparently little real control or analysis.

The other one was that last year 36,000,000, yes million, prescriptions were written on the NHS for PPI drugs, Proton Pump Inhibitors that are designed to reduce long lasting gastric acid production. Patients are rarely tested so that those who have levels of gastric acid that are too low have them lowered further. If the problems arise from something else they may never know.

Moreover these drugs may have a formidable array of side effects on the principle of garbage in garbage out. The NHS requires its family doctors to worry little about medication side effects; after all there are large numbers of other drugs to deal with those. Reporting the side effects is therefore sketchy to nonexistent in most cases.

But the report and other information say that PPIs increase the risk of pneumonia, osteoporosis, broken bones, kidney problems and infection with C.difficile, the superbug that afflicts thousands of older hospital patients every year. While PPIs were effective in several conditions, there was evidence they are excessively used to treat indigestion when other prescription medicines costing half as much would work just as well, without such severe side-effects

Doctors have previously warned the NHS is spending £100million unnecessarily each year over-treating indigestion patients with PPIs around one-quarter of the total expenditure on the drugs. A report in the British Medical Journal found overuse of the drugs flouted NHS guidelines, because doctors were reaching for the 'top weapon in the armoury' to treat even mild cases of indigestion.

Dr Mitchell Katz, of the San Francisco Department of Public Health, writing in the journal Archives of Internal Medicine, said overuse of PPIs was a major problem. He said: “That proton pump inhibitors relieve dyspepsia is without question but at what cost and I do not mean financial.”

That people have problems in the digestive and related systems is all too evident. When watching satellite and other TV you see many advertisements. Some are for chemical products of one kind or another and for junk food. A lot are for stomach problems. As advertising is expensive the companies must make enough from selling a great many products to a great many people to make it pay.

This is confirmed when I visit a chemists shop and look at the long aisle of such products and see them also in supermarkets. On the aisles also there are vast amounts of manufactured and pre-prepared foods. If you look at the contents there is a huge array of “fillers”, stabilisers, colourings, texture effects, salts, sweetening agents and in particular both flavourings as such, largely synthetic, and flavour enhancers notably MSG.

Again looking into the trolleys at the checkouts there are few people without products including some or almost all of these. Compared to the food I had when young, not only at home, but also in various catering establishments the increased chemical load is astonishing. Is it surprising that numbers of people will have gastric and other reactions?

The way the NHS works at family doctor level is to be able to put an easy label onto a problem, usually a catch all word or phrase for the identifiable symptoms and then shove an approved prescription drug at the patient. In a few cases something else quite serious may be spotted but often all too late and worsened by both the delays and the previous treatment.

What the NHS does not do is look for causes and address itself to getting rid of them. The Coeliac Society suggests that there are many more people with gluten problems than are identified. Getting a test done for gluten reactions too often involves a major campaign. My own NHS Primary Care Trust refused to test for Anaphylaxis (extreme toxic or allergic shock) contracted in an NHS Hospital as a result of NHS treatment.

There are a range of intolerances and allergies, testing for which is almost absent from many NHS areas. Doctor’s in the UK don’t do “causes” only pill popping for the most part. So vast amounts of taxpayers money is going on medications without any attempt to inform or advise people or to establish what the cause might be and how the relevant problems might be avoided or substantially diminished.

Children who are people in the process of highly complex development that involves the natural body chemistry are being stuffed with stimulant junk and then when they get jumpy are stuffed with medications whose side effects are unpredictable, maybe nasty and can cause permanent damage.

Major pharmaceutical companies are “private sector” but in effect bailed out by the NHS. They are the Northern Rock‘s and RBS of the public health sector. Whilst on the face of it having some useful functions they do a great deal of collateral damage. A huge amount is funded by government science spending on treatments and medications, these “add value”. Little is spend on causes and effective control and attempting to deal with issues at source do not “add value” so cannot have funding.

This has been governing policy of government, science, and the management of the health service for a long while now. If we cannot afford the present health service in the future then the use of it as a market place and guaranteed outlet for medications made by powerful pharmaceutical companies ought to he the first thing to look at.

But I suspect it may well be the last.