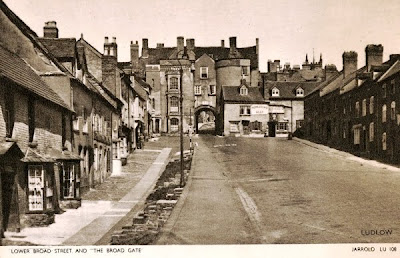 The Gordon picture in the previous blog seems to come from Old Rightie, I might have known. He states Ludlow Town Hall, admittedly a hgher class of place than The Royal Society of Arts., and his home patch I believe. Was he in "The Wheatsheaf" around Easter of 1953 when I had a pint or more there? It was at Ludlow Castle in April 1502 that Arthur, Prince of Wales died tragically young. It was his younger brother Henry who inherited the throne as King Henry VIII in April 1509, one of the great "What If's?" of British History. It's been a lot quieter since.
Posted by Demetrius at 14:32