Are You Feeling Tired? 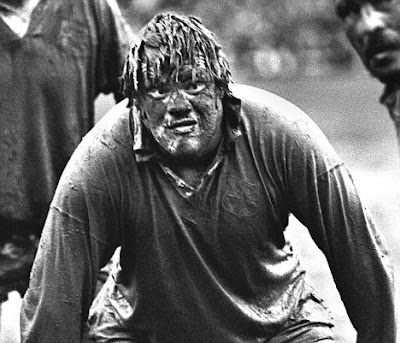 This one may be of interest for its implications. I have forgotten where I found it so apologies.

Post Contamination Syndrome (PCS) is a period of reaction, shorter or longer, that manifests itself as weariness, physical or mental or both. It is a reaction to contamination by a substance that impacts on the immune, respiratory or brain function with allied effects on mental and body performance.

The length and strength of the PCS reaction will depend on the extent of effect and the nature of the substance, complex or simple, and the impact of the initial and following reactions in relation to the state of general and other health of the person affected.

In those cases where there is awareness of the contamination and measures are taken to either avoid or to reduce risk and impact the effect may be contained within a few hours. Often it will be more prolonged, perhaps days, if the PCS reaction is severe and/or measures to contain and control it are delayed.

Successive waves of contamination occurring in series that are not diagnosed or realised will result in prolonged PCS reactions and issues entailing a persistent debilitating condition that may be mistaken for illness arising from other causes.

A complication is that where a substance or product containing those substances is chemically designed to impact on the sense of smell and effectively either negates or significantly degrades its capability then there is a major risk that the lack of both awareness and ability to take avoiding or controlled measures will occur with more prolonged and severe reactions.

Other issues arise where it is not immediately evident that contamination is present because the PCS reactions might be delayed. This can arise in many instances. One type is where an individual may be subject to a chemical reaction and is not aware of the extent of the chemical haze now common in many public areas and facilities.

These mostly arise from personal and other products with synthetic aromatics, carrier, dispersal and penetrating agents. In those cases where nanotechnology has been applied to the relevant substance in the products the contamination may occur at a distance that makes avoidance and recognition difficult.

In cases where an individual may be subject to other either severe asthmatic reactions or anaphylaxis the PCS onset may occur after an unpredictable period of delay that will make identification more difficult.

The causes of the initial onset of vulnerability are normally complex and can arise from a variety of medical situations. Consequently their impact and diagnosis is often complex and requires rigorous and detailed analysis of the relevant conditions.

One area that presents difficulty is the role of virus infections. The illness may create vulnerability and as the virus trace remains in the blood it is easy to assume that the PCS reactions to contamination by one or more chemicals represent a persistent and difficult to treat feature of the virus.

The virus will have affected the immune or other body system in such a way that its resistance to certain forms of contamination is then weakened. This is hard to predict and the effect of a virus may lead to a range different reactions including PCS in different people.

As modern living and movement enables the wider spread and greater variety of virus infections and the levels of chemical contamination in the immediate environment of the great majority of the population have substantially increased the incidence of virus infections, subsequent chemical reactions and PCS will have risen progressively.

The increased rapidity of the application of new synthetic chemicals, techniques of manufacture and marketing together with the increased impact and power of products in the competition for market share will have outstripped the capacity or capability of modern science and medicine to recognise, diagnose or deal with the extent of the effects on human systems.

It might explain a few other things as well.
Posted by Demetrius at 18:18