Something To Cheer You All Up 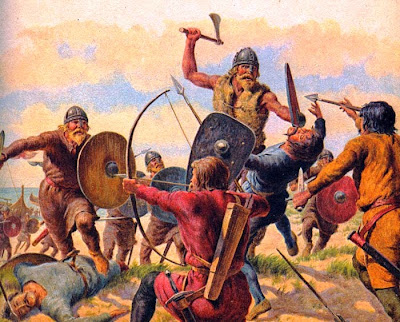 Whilst we in our small off shore island continue the incessant debates about our own affairs as though we mattered much out there it seems to be getting rough. From many of the sites I look at there is now an increasing level of agreement from differing standpoints that the Eurozone is in for a bad time.

How bad and who will be worst affected is uncertain, all this is agreed is that the overall position is essentially untenable. The long standing flaws in the system have become major faults and in all the complex arrangements there were no plans or ideas about what to do if things went wrong or how to do them. So it is all being done now on the hoof, which means greater opportunity for serious error.

There are commentators who tell us to look East. It is not so good out there. The Saudi’s may now be deciding to consume most of the oil they produce, Dubai has blown a fuse, Iraq is Iraq, the Iranians are being restive, old problems are becoming worse and seismologists are placing bets on the next large one along the North Anatolian fault.

Further east the Afghan imbroglio is getting worse. If a fungus has done for the opium crop and illegal drug prices rocket who knows what can happen? Certainly it will not get any better in Pakistan. Meanwhile, India in between dealing with Maoist terrorists and falling water tables is running inflation at over 15%.

You will have read about Thailand on the news. China theoretically is the one major strength in the world, or so the Australians hope. But that is only if you believe the figures. This depends on the level of trust you have when sourcing chemicals from uncertain Chinese factories. Japan is not the financial power of the 21st Century it was intended to be, it may well become the biggest sovereign debt crisis in world history.

In the America’s there are a number of problems. The USA has eye watering debts and one wonders how far a union can survive if over half the states are hopelessly broke. BP is contributing to the mess in both financial and physical terms. On the quiet the USGS have started their hurricane and tropical storm emergency watch early this year. To add to your joy even when hurricanes are in short supply the Gulf of Mexico normally provides a number of major tropical storms to keep emergency services busy.

So while our media and the BBC rush around seeking sulking Lib Dem’s and outraged Tories as well as hyping up the New Labour Rat Race, agonising over the latest English football fiasco and telling us what a wonderful summer it will be and never mind the water shortages and A&E Wards full of heat stroke patients, be afraid, be very afraid.

Reading one highly respected academic who has tried to explain the impact of climatic variations on human history, he has wondered if some of the problems of the past that have been difficult to explain can be traced to volcanic eruptions not simply as single big bangs but as an unpredictable sequence of a series.

That is that there are periods when quite a few go up one after the other with cumulative effects, for example, not only places like Iceland but others at the same time. If these accompany economic and political events that have significant effects in the same general period then you finish up with a general big chaotic disaster.

You might call it the Lot Of Little Bangs Theory of change.
Posted by Demetrius at 19:41