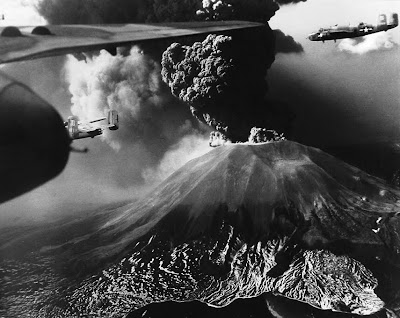 Sir Richard Branson and Mr. William Walsh, late of Dublin want some of my money. One way or another they are doing fairly well already, Richard with his trains that I do not use, preferring the civilities of the Chiltern Line and well paid Willie with an airline that I do not fly on. The airlines they run, or rather large scale financial operations which require the transportation of people by air and in doing so benefit from a range of hidden subsidies and financial tax and other breaks from the government.

Richard has a need for substantial support for his ventures into outer space, if only he would just keep going. Willie also needs help because BA’s slowness in the race to the bottom in terms of customer service means that their pension fund is in dire condition. There is nothing like a leaky pension fund to scare the wits out of senior management who might be reduced to a single yacht in their retirement.

These are yet another “private sector” activity but in effect quasi public sector which means that if there are financial glitches or targets that might not be met in the short term to satisfy their host of creditors, large shareholders, and dealers in strange financial instrument that fly only on the web then they run screaming to the politicians, many of whom have bought shares for their private and blind trusts.

The former Taoiseach of Eire, Mr. Bertie Aherne who knows one when he sees one was averse to Willie when he ran Aer Lingus and tried to frogmarch the Irish government into selling it to him and his friends for a knock down price. Also the Irish are wary of Richard, Virgin or no Virgin. It is the London politicians who have fallen for their ill defined charms. New Labour were especially attached to Richard’s vapourings, had he bottled them and branded it “Virgin’s Breath” they would have queued all night to buy it when the shops opened.

A part of the problem is that the former government were starry eyed and suckers for anything to do with the air industry and its moguls. We were promised lots of new runways, the doubling of air traffic in a decade or so, Mandy saw to the carbon emission figures, and all sorts of deals and debts were incurred to keep Britain flying. That most people were doing it on credit and because they were told to believe in it all did not matter.

No way, the airlines wanted to extract every last penny and to work all the assets as hard as they could so when problems hit it was always going to hurt. In this case whilst the actual event was unpredictable, in strategic terms it was not. There are a lot of volcanoes which can erupt and many do.

My first memory is that of March 1944 when Vesuvius went up and a teacher explained it to us. He qualified around 1908 so his ideas were based on ancient history as taught to him by a chap who may have been influenced by the 1883 Krakatoa event. Things have moved on since then. It seems that Richard and Willie have not caught up with it.

In my purely personal opinion that they should be blaming the government and the bodies involved for over reaction is a squalid tactic in trying to extract added subsidies for what are serious management failures. It is also grossly irresponsible and potentially dangerous in destabilising public confidence.

In the most recent decades they have been very lucky that a really bad winter or run of summer storms, or other event has not caused real problems. As for ash clouds it was always going to happen somewhere at some time and a betting man would have laid short odds on Iceland.

This is not the place to go into the complexity and large number of factors in the science of vulcanology or the chemistry of eruptions. Besides engine damage and loss of power there is the matter of fine particles of potentially toxic material getting inside the cabins. Overall is the uncertainty and sheer difficulty of making fully informed decisions in a highly fluid situation with variable weather conditions.

Certainly, there might well have been more research done beforehand, but that can only tell you so much. But who now directs UK science research and on what basis? It is people like Richard and Willie who urged the government to direct research into “added value”. As vulcanologists cannot make predictions on which financial targets can be based their work is too like “pure science” to be given much attention.

“Butch Cassidy and The Sundance Kid” was a fantasy fun caper film of 1969 about two loveable rogues in Wyoming who robbed banks and stole government gold. The caper goes wrong when The Kid uses too much dynamite. Nowadays it is the owners of the banks who do the robbing and their political sidekicks who hand over the government gold.

I hope this time Butch Dick and Sundance Willie have overdone the dynamite.
Posted by Demetrius at 16:52