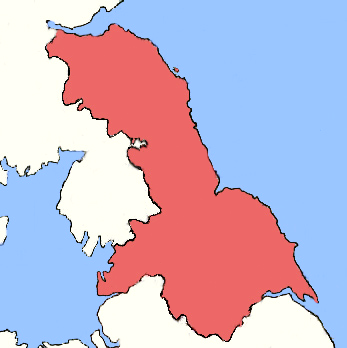 Now that “Grabber” Gordon Brown is Has Been Of The Year what happens next? Will he adorn the benches of the House of Lords as Baron Brown of Balamory or even Earl of Glenvarloch? Will he retreat north to carry on plotting? Or has be bigger fish to fry, subject to EU quotas and environmental regulations?

Perhaps, given the resilience of the Labour vote in his homeland he may emerge as either the next First Minister or at least the Grey Eminence of a Scotland detached from England. The first straw in the wind is the claim by Martin Gilbert, Chief Executive of Aberdeen Asset Management that Scotland, or rather Edinburgh, could become one of the major tax havens of the world leaching capital from the deficit stricken developed world and the increasingly impoverished undeveloped by enabling the rich to evade taxation and other penalties of citizenship.

This was reported by the Tax Justice dot blogspot dot com on Tuesday 4th May under “The BBC, Scotland and Offshore” criticising the BBC’s lauding of the proposal. But the BBC at that point was trying to whip up support for Brown. The item in the Tax Justice blog just before that, one from Monday 3rd May was about “London, The Most Unequal City In The Developed World”. The nub of this was that London, the central agency for most of the world’s tax havens, necessarily has followed the pattern of such places by becoming a place with a super-rich elite and a helot population who are becoming ever poorer and now tops the list for inequality.

Who was responsible for that happening? Please refer to the first paragraph, Gordon Brown himself. The Scots remaining north of the border should be careful not only of what they wish for but who and take a look at just where Martin Gilbert’s lot operates. If Banana Man Miliband succeeds Brown as Labour Leader will he pave the way for the UK to become a collection of warring Banana Republics?

Those poring over the electoral map point to the disparity in the balance of voting and suggest that this necessarily means the potential end of the union. Quite why this should occasion an expensive and damaging breakup is a puzzle. Especially if any part remains in the EU, in which case the putative “independence” would be a complete fiction. It would means that relationships between say Cumbria and Dumfries would be determined by a clutch of continentals in Brussels without much reference to either Edinburgh or London.

Most other countries manage to accommodate differing patterns of voting in various parts by means of routine politics and the ordinary business of transactions. That we allow the whole business to be bedevilled by some of the more grotesque posturing of nationalist propaganda and myth making is plain silly. In any case if you look a little harder at the map you see that the voting imbalance in not marked by the current border, itself once known as cutting through The Debateable Land. The line is found further to the south.

You might take it either along the line of the Tees over to Morecambe Bay, north of the old Yorkshire and Lancashire or to the south from the Humber to the Mersey, in my view the more northerly one is the better of the two, but it is arguable. It depends on your view of the implications of The Treaty of York of 1237 later more or less firmed up by the Treaty of Edinburgh and Northampton of 1328.

Before 1237 the situation was in constant flux with the coming and going of Kings and Lords. Until 1283, the year of the Battle of Largs the Norse still had an interest. During the last years of King John in 1215 the Northern Earls of England allied with the King of Scots to attempt a coup whilst those in the South brought in Prince Louis of France as their potential King.

What is little understood today is that this line was drawn across lands disputed by various families and additionally amounted to a partition of the ancient Kingdom of Northumbria. This had been reduced to an Earldom, which had several claimants, including the King of England, the King of Scots and others, Mowbray’s to the south and Douglas’s to the north.

There was continuing conflict and violence until the early 17th Century when the accession of King James 6th of Scotland to the throne of England led to a crackdown on the Border families. This was accompanied by a range of bribes and honours for the great landowners. The territory is still thick with Barons, Earls and Dukes to this day.

So if voting pattern is the criteria could the southern part of the old Kingdom of Northumbria be rejoined with the northern part if that might be the wish of the relevant electorates? Cumbria might care to join them in such a Greater Scotland or Albion. Perhaps over the water the Six Counties might be allowed a vote on an individual county basis. Would Antrim and Down and even Londonderry prefer unity with the newly defined northern country?

Why in the 21st Century should borders necessarily be based on ancient long dead dynastic political deals? Especially, if they are troublesome and lack logic in the present world? There is enough trouble around the globe in places cursed with an unwise division imposed either by outsiders or as the consequence of a grubby personal deal between the reigning elites at that time.

If we are serious about democracy and local empowerment perhaps we should extend it to reviews of all boundaries in what is going to be a very changed world.

The real issue, however, is whether the various parts of the Atlantic Isles should function in one form of close liaison or another with each other or whether we allow ourselves to be detached and separated under the domination of other entities, whether in an EU with a broken currency or as economic colonies of China and Russia. When this was the case in the past in the Atlantic Isles it meant continuing and damaging conflict for the benefit of others.

At present we have a botched and bastard federalism. It might be better if we looked to the Swiss as an example. At least we would have a decent and affordable railway system.