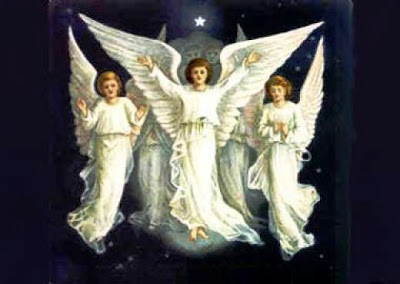 St. Peter today expressed his mortification and abnegation at the revelations in “The Universe” that he was willing to accept half a million masses to arrange direct access to God. “The Universe” investigating reporting team led by Lucifer Dawkins filmed St. Peter in secret under the guise of a team of penitents.

St Peter said “It has been hell up here since this happened”. God was not available for comment but the Celestial Media Choir chorused that he was disappointed to have been betrayed a fourth time. The Blessed Virgin Mary (BVM PLC) was out of heaven visiting Australia to help with wine crops in areas of water shortage. She has been known to have been critical of British developments in recent centuries.

The Archbishop of Canterbury said “We need a full deep discussion about all the many tautological epistemologies of ontology with all faiths and oh conundrum I’ve sat on my glasses again.” Other faith leaders were agreed that they could not believe it.

Tony Blair, recently appointed representative of God on earth and United Nations Tsar for New Warfare, supported St. Peter claiming that it was normal business practice and in the past people had paid tens of thousands just to sit on his sofa.

The Metropolitan Police confirmed that they would not be investigating as the matter lay outside their jurisdiction, but that recently special confessors had been appointed to the Forces community of Flagellants to ensure that they would be fully available for the Opening of Parliament and other state occasions.

St. David Beckham said that he would be praying for Fabio Capello and that he will be willing to contribute when his advisers had arranged admission to the College of Cardinals and media rights. Victoria Beckham will be designing new see through vestments to help the Churches achieve transparency in their functions.

The Pope was fully engaged in Spain giving blessings to golf courses to help overcome the financial crisis. However, the Vatican Marketing Department announced a new Premium Full Gold Rosary product designed as an investment in both the Cities of Earth and Heaven. Buyers would be given a Personal Purgatory Account Manager during the period of transition.

Her Majesty The Queen was at the Tower of London discussing the restoration of some of its older traditions.
Posted by Demetrius at 15:11