We Will Fight Them On The Beaches 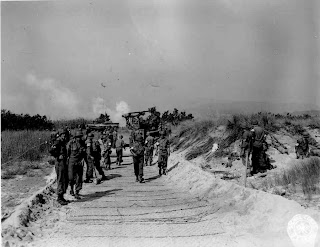 It has been suggested to me that my vision of the Marines (US or UK) hitting the beaches of tax havens are the wild ravings of a proto King Lear, or more likely the result of too many margaritas. Not so. The British Marines have arrived without invitation at a remarkable number of beaches around the world in their history; it would be too long a job to list them.

But the Americans have their share, when they sing “From the halls of Montezuma to the shores of Tripoli…” it is not Tripoli in Bremer County, Iowa, they are on about, it is the one in North Africa, and that was as long ago as 1805. Then there was Cuba in 1898 with the future president, Colonel Theodore Roosevelt, galloping around telling his troops how wonderful it was to die for their country. In 1961 President Kennedy authorised another visit to Cuba, but we will not talk about that issue. Nor about "Operation Urgent Fury" on 25 October, 1983 when the USA invaded Grenada, and forgot to tell the Brit's. 25 October is Agincourt Day.

More seriously, there was Normandy in June 1944, where heavy losses occurred in the bid to build the bridgehead for the invasion to succeed. The date for this is given as 6th June, but both US and UK marines were already there the day before. I knew one of them. The Normandy beaches had been vacation locations for some time and the Channel Island tax havens just a short distance away.

Little known is the second set of landings in the south of France on 16th August 1944, picture above. This is the Pampelonne Beach by St. Tropez; that will surprise many. It is better known for pictures of Brigitte Bardot, and many other lovelies. It was where a major landing took place, allowing US forces to cut the main coast road along the littoral of the south; with the French Resistance taking the rail lines inland.

Thirty years later some of the US Vet’s with a few young Marines visited the beach to commemorate the events of that day. They found a group of Brit’s playing cricket using matting on the base of part of the old roadway in the picture. The local French attempting to sunbathe close by were not happy, but there was a breathless hush in the close that afternoon. When the American’s tried to intervene they were asked either to field at deep square leg or do something not usually done on beaches, even French ones. When a young Marine plaintively claimed that the USA had not freed Europe just so the Brit’s could play cricket anywhere they liked, he was told firmly that it was the Brit’s who did the liberating. We call it the “Special Relationship”.
Posted by Demetrius at 17:29