Now For Some Really Bad News 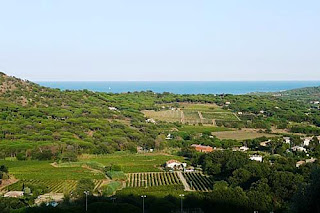 What do we pay these people for? It is reported that the EU Agricultural Commission have decided that the definition of Rosé Wine should include not simply that made from the careful traditional process but any mixture of surplus red and white that a maker can come up with. It is the EU giving in to the big producers at a loss of what to do with the rotgut reds, and weak and unwilling whites that are in permanent surplus. It ignores all those small producers making a wine of choice that is appreciated by many for its particular qualities. Apparently, after protests they have deferred a decision for a few weeks but the prospects are not hopeful.

So what next? Take any sherry that is surplus, add surplus country brain death Romanian vodka with a fix of ethanol, and market it as whisky? Or take some surplus grain whisky, let it down with cabbage water, add corn syrup and a few things and sell it as Highland Sherry? This might supplant the Buckfast Tonic Wine favoured by Glaswegian gourmets, and go down a wow with the clubbers. It would have at least as much logic and maybe more.

It is said that when the Desert Rats in North Africa got their hands on medicinal alcohol, they would put it into water drained from the radiators of their vehicles, and stiffen the mix with some of the tarry stuff seeping from underground. They called it Benghazi Brandy. They were men before their time, although they were fighting against another vision of European Union.