Stanley Baldwin - A Man For Our Times 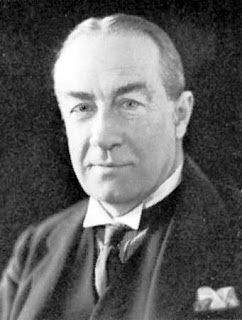 Stanley Baldwin, 1867-1947, see Wikipedia, probably does not feature in the school history books these days. If there are mentions they are likely to repeat the conventional fictions of Winston Churchill, on the one hand, showing the Mr. Nasty side of his character and lifetime media operator, and those of the Left, in that he too won a strike against the miners, and was Prime Minister at that point in British Imperial History when it was at the beginning of the end. Britain had become badly overstretched, with too many problems to deal with, and very few right answers. Baldwin did what he could to make the best of a bad job. As an ironmaster he knew something about the realities of industry, and of agriculture. More honest than most, he had a basic decency, and was willing to admit errors, something that Churchill reviled him for. We could do a lot worse that having another Baldwin, the trouble is that there is nobody like him in sight.

I quote "The fruits of a free spirit of men do not grow in the garden of tyranny. It’s been well said that slavery is a weed that grows in every soil. As long as we have the wisdom to keep the sovereign authority of this country as the sanctuary of liberty, the sacred temple consecrated to our common faith, men will turn their faces towards us and draw their breath more freely. The association of the peoples of the Empire is rooted and their fellowship is rooted in this doctrine of the essential dignity of the individual human soul: that is the English secret, however feebly and faintly we have, at times and places, embraced and obeyed it." Not bad for a 70 year old in 1937.
Posted by Demetrius at 11:20