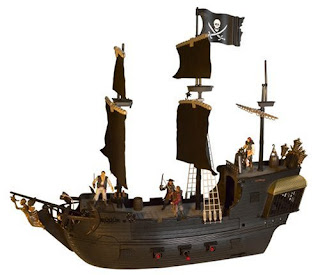 On Wednesday 25 March I posted an item on “A Taxing Problem” referring to The Bahamas, which was a revised version of my letter in the FT in February 2000, long ago when I could afford to buy printed newspapers instead of blinking at a blinking screen, and naïve enough to believe that writing to the papers had some sort of logic. It suggested that dealing with the Tax Havens might not be a simple business.

Prime Minister Hubert Ingraham said the revenue shortfall experienced this fiscal year is so drastic that collecting "every dollar" that it is owed to the government will not be enough to remedy the situation."The hard reality of revenue shortfalls is hitting this Caribbean tax haven hard, and it's having to borrow $200m from a consortium of banks:"If you are not making the money, how else do you recoup it? By taxing you more? How else [do we] do it other than taxing you more?"
Ingraham asked. "There are only (so many) ways to do it: Cut back on services, which means you cut back on people and the delivery of services; increase taxes; or borrow; or a combination of all three."He might take a moment to consider the revenue costs that offshore centres like the Bahamas force on other developing countries. Then the newspaper reported this:"According to the 2007 Auditor General Report tabled in Parliament earlier this year, the government is owed nearly $400 million in outstanding real property taxes, an amount which should be sufficient to compensate for revenue lost in the 2008-09 fiscal year.

The report revealed that in total $563,261,853.75 in various taxes were owed to the government, an amount it labeled "exorbitant" . . . "We recommend that immediate measures be implemented, whereby delinquent taxpayers are made to settle their debts in an expeditious manner." With a probably unintended twist of offshore irony, the newspaper also reported:"However, the report did acknowledge that money might be hard to recoup.
"A contributor to the Tax Justice Network site added this:"Wondering if some of those delinquent debtors to the Bahamian Treasury on their real property taxes include wealthy individuals who have bought their luxurious behind-locked-gates residences to acquire economic residency, in order to avoid paying taxes due to their original home state? Are there individuals double-dipping on the cheating? And what about the foreign owned banks and trust companies whose very existence there is to provide tax-cheat services? ... Do they have an obligation to pay taxes and are any delinquent?"

Just above this blog on the same date, 30 April was a post “Grimy Panama – New Report” and on 27 April was a blog “Climate Of Fear In A British Tax Haven” from a matter raised in Parliament.

None of this makes comfortable reading, especially as in some places the “Haven” has a rich mobile elite owning property in fortified and heavily guarded settlements serviced by cheap, often migrant, labour and luxury commodities supplied from abroad. The great majority of the people live in real poverty, and also lose out because much of the tax base is regressive sales taxes and other charges. It could all become highly unstable.

If the government of the Tax Havens collapse because they cannot fund themselves, then who is going to bail them out? There is a ticklish problem here, because whilst the ordinary people will need all the help they can get, simply to hand over funds entails giving huge indirect financial support to mega rich celebrities, show biz, billionaire financiers, sundry Ponzi scheme operators, and of course all those lovely people engaged in free market medication, narcotics to you and me.

If it all gets very bad and the problems are spilling over into nearby territories and migrants are fleeing the worst, then who’s Marines will be sent in? Will it be those singing “From the halls of Montezuma to the shores of Tripoli” disembarked from the most modern equipment fully equipped and inspired by noble purpose. Or will it be something too obscene to be mentioned sung by a motley crew of scruffs, flown in on an unused tourist charter plane with little equipment, because they are expected to pay for their own baggage, followed by accountants bearing PFI schemes?
Posted by Demetrius at 10:11