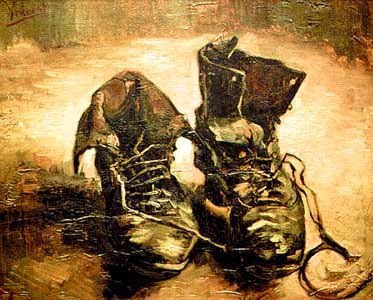 The other boot has just dropped. Whilst many of us have enjoyed the thrill of the chase in the last few days, someone just shot the fox. The problems of the last year were the first boot to drop, and those of us with an inclination to pessimism and the expectation of disaster have been waiting for the second. Standard and Poors have now obliged with their down grading of the UK sovereign debt.

As some have said this is based only on the visible debt that the government admits to. On top of this are lurking all sorts of other liabilities, all those unfunded pensions to meet as the baby boomers retire, and all those shifts and devices to keep debt off the books. The IMF do not like it, the markets when they have stopped trying to find excuses to massage the indexes upward will not like it, others do not like it. I like it even less than they do, because I am going to have pay for some of it.

In the USA the states of the Union are each chasing their budget deficits without too much success and the commercial property market is following the domestic market down. In Germany and Japan the exports are down and have further to go. Around the Mediterranean are a number of broken economies, which could damage the Euro. In one of them, Spain, are over a million UK citizens and pensioners, most badly hit in the pocket. What would happen even if only a quarter decided to pack up and come back to Blighty?

In the meantime the UK Government bodges, fudges and tries to move things by throwing money around. Quite where it is going is not certain. A good deal is borrowed back by the Government which will do no good at all. A lot is going off shore to reduce the losses of the London magnates who profited so much in the past. Inevitably, a good deal is following a lot of past government expenditure into the various rackets that have added to all the troubles, notably the housing benefit scheme, invaluable to the rented property sector owned by money launderers and those living on a purely cash basis for various reasons. Unless someone gets a grip it is all going to be very difficult. Just what is going to be cut and by how much? In the 1960’s Harold Wilson had to declare that the UK could no longer afford to be a power East of Suez. Someone may have to revive that policy very soon. In fact we may not be able to afford to be a power East of Great Yarmouth.

So the hounding of Sir Peter Viggers, MP for Gosport in Hampshire, who installed a Duck House in his lake paid for by the members allowances is almost quaint in comparison. What puzzles me is why he should have provided his ducks with their own detached property with taxpayers money, as no housing benefit was available. Perhaps he was genuinely trying to provide a market opportunity for all the growers of watercress in his constituency. But if the economy goes the way it might do, and the UK debt ratings go down for good, there may be only one option for him.

He will have to eat the ducks, of course after the watercress soup.
Posted by Demetrius at 16:07