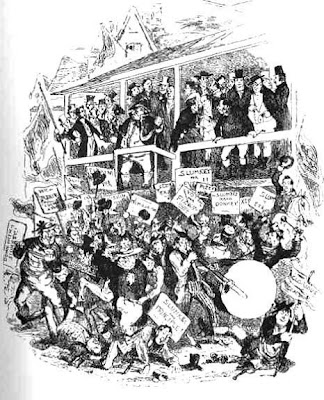 The cry is on for a General Election. One has to be held in the next year in any event, unless there is a coup. So the campaign has now begun. It is going to be a long, wearing, ugly business. And it will not deliver us a democratic government because in the UK the fundamentals we need for this have been surrendered. All we will get is a job lot of people who no longer have a real function in Government. My mother was one of the first women to be able to vote in her early 20's. That was in 1929, so that is how long we have had full adult suffrage and a fully representative system.
We may still have the right to vote, but for what? A Government that cannot legislate for us in a wide range of matters, one that is hog tied by so many commitments and obligations it is often unable to make any effective decisions, let along administer them. One that can no longer defend the realm, or maybe sustain the poorest at a decent standard of living. All it will be there for will be to run a months sports event in 2012, in the hope that someone from the UK will win a medal to justisfy the billions of expenditure. According to the sun worshippers something really nasty will happen later in 2012. I am beginning to hope so, because at the present rate it is around then when I and millions of others will be unable to pay our bills.
Posted by Demetrius at 18:12