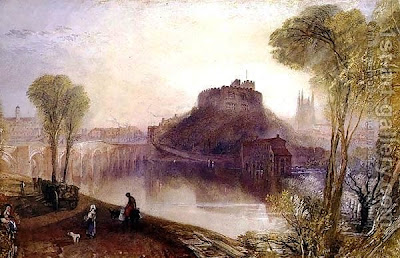 The problem with the UK is London, and it has always been London. If there has been anything nasty, damaging, and destructive in the Atlantic Isles and the reach of its activities, more often than not it has had its roots in London one way or another. Although London has now lost most of its industrial base, it has remained the central location (black hole?) for Government, Parliament, Finance both national and international, Media and Press, Sport, Arts, Culture, and a good many other things. Crime has always had a much more local base, but the money has often gone to London, and while everyone knows about the Kray Twins, little is heard of their provincial equivalents.

In recent years a number of commentators have warned about the creation of a class of professional politicians and associates too closely enmeshed with the web of greed and deceit so easily created and sustained in a small geographical area that is also the centre of communications. The vultures have not just come home to roost, they have been based in London for a very long time.

They have now given us a system of government were the legislative powers have been largely offshored to their remittance men in Brussels, the money has been offshored to tax havens, the executive does its strategic planning day by day with its eye on the headlines, the civil service is in a state of collapse. As for the economy, well The London Mediocracy has been taking in its own financial washing for some decades now, and has comprehensively wrecked the basic structure to the cost of every man, woman and child in future generations.

The quickest and best way to administer a radical cure would be to move Parliament and Government out as soon as possible. Some time in the 1960’s a journal, was it “The Economist”, did a think piece about moving it all up to a new town to be built on the North York Moors called Elizabetha. Perhaps, but it would be a pity to disturb the insect life there with a lesser form of species.

Before London, there were other capitals in England. One was Winchester, where King Alfred the Great held court, probably the option that would most appeal to the inhabitants of the Westminster Village. To the north there might be York, the old Viking City, which has excellent communications, or Pontefract, seat of the Dukes of Lancaster. Further north, there is Bamburgh, now a small village, once the seat of the Kings of Northumbria. My favourite would be Tamworth however, the seat of the Kings of Mercia, now a modest late industrial Midlands town. It is famous for its two stations one on top of the other, Low Level on the old LNWR West Coast Main Line, the High Level on the old Midland Railway main line from Bristol to York through Birmingham, Sheffield, and Pontefract. Also, it was one of the seats of the Stanley family whose decision to ride for King Henry VII at the Battle of Bosworth helped to put the Tudors on the throne.

There is a better reason for choosing Tamworth however. It is the name of an endangered species, the Tamworth Pig, one of the ancient breeds of England. So our new government could dispense with the lions etc. that are so part of the imperial past now ended as symbols of authority. It could install the Tamworth Pig as the symbol of the new age of government. So when the new Speaker is led to his Chair, the House will rise and cry Oink, Oink, as a mark of respect.
Posted by Demetrius at 11:20