Slipping Down The Slope 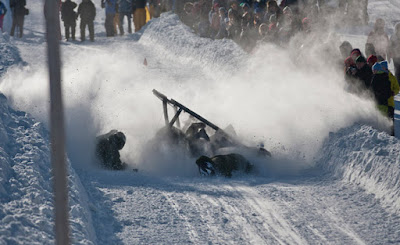 When the Beast From The East was forecast and then the snow began to fall, it was clear that many people were in for a bad time and there would be a variety of scares. Dredging my long memory for spells of very bad weather in the past and the disruptions entailed it occurred to me that one consequence was on the cards.

The government are getting the blame and the criticism. I have said before that it was the severe conditions of 1947 that did for Attlee and Labour especially given the struggles of the post war world. the Labour vision of the future did not seem so good in the queues for basic rations.

Today, I read that Labour are moving ahead in the polls. True, there are other major issues that give the electorate pause for thought, even although it may not run much further than prices and the pound in their pockets. The trouble with being in government is that avoid it if you can, there are decisions to be made.

Decisions involve choices and choices mean options and several opinions, often in conflict. There are winners and losers. The losers do not like losing and the winners may not be as grateful as they might be. Especially on an icy morning where getting about may be compromised by little or no gritting due to reductions in council spending.

During a period in office governments will have a lot of decisions to make. In general they often avoid them as much as possible, or as in recent decades have signed up with an international body who will make them so the a government can plead, not me squire, it was the foreigners what done it.

The other ploy is to create a non elected organisation and pass over a chunk of the government to it. These are alleged to be independent and making decisions on the best possible evidence. Also, they are convenient places to park redundant politicians, civil servants on the make and financial and lobbying friends.

The government should do something about it.