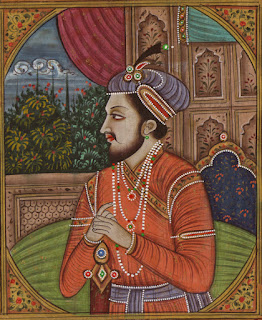 History is full of twists and turns and what might be and should be and what the background is often unexpected. Ms. May, who we take to be a vicar's daughter fallen into sin, that of politics, we know has a part of her family history in Scotland and in mining.

Under current policies and proposals she is alleged to be scrapping the welfare state and structures said to be owed to Lord Beveridge and his Report which became a major plank in Labour policy and structure and retained by the Conservatives, if only to catch enough floating voters to put them in power.

Beveridge, however, has his family history in the direct male line from Scotland. Not far from that of Ms. May's Paterson's his are in and around Dunfermline and would you believe it with some in the mining industry at the same time as that of Ms. May's people.

There is a difference, however, in that while Ms. May is of more ordinary and suburban life in England, Lord Beveridge was one of the Sons Of The Scottish Raj.

He was born in Rangpur and his father, Henry, a judge who had taken advantage of all that Scottish education denied to those in England. Henry was an expert in the history of Jahangir, the great Mughal ruler of an Empire.

I have pointed out before the major influence that the Sons Of The Raj have had on Labour policy making, not least via the library of the LSE. Direction from an elite at the top, central planning, rule by bureaucratic multi-layered structures, endless and complex rule making and decision, you name it and there it is, often in the name of nationalisation.

The consequence is that few know what they are really doing and why, decisions, when made are hit and miss, usually the latter, the data selective and inadequate, the analysis based on presumptions that often are badly wrong and the administration if not lacking then prone to corruption and criminality.

But this kind of thing is found in the 21st Century not only in governmental bodies but has been translated to corporate finance in the "global" context. This is fueled by state spending and money creation that allows "markets" in the ownerships of sectors of the economy.

When a company structure crashes these days it is very often the product of greed and folly and fancy financial games. When what seems to be an ordinary business goes bust, how often do we find that it is simply the bottom layer with not one or two above but half a dozen or more, mostly engaged in swapping paper and created money?

What is more, via political directors, money movement etc. the Conservative Party is at the heart of this group of shakers and movers. In the Labour Party they are also to be found, although cheek by jowl with those of the antique Left who look to Beveridge as their prophet.

When is Empire Day this year?