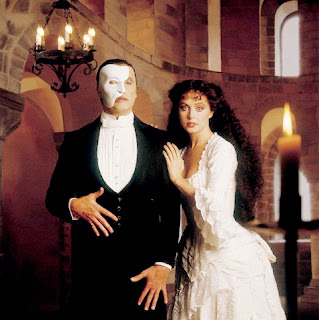 In my grandfather's time officers of the dragoons had a great deal to do with actresses but rarely, if ever, married them. But well over a century later times have changed. So we celebrate the coming wedding of Prince Harry and Meghan.

The media are playing close attention to the crucial issues of this event, for example the honeymoon location, will it be Brighton or will it be a more staid resort such as Bognor Regis or perhaps Sandbanks with its Royal Motor Yacht Club?

Above all of this is The Frock, the wedding dress. There have been a number of designs suggested. One of the popular choices is rather like that of Sarah Brightman's in the "Phantom Of The Opera".

Will the wedding march be "Music Of The Night" from the show?  If not might it the regimental quick march or the slow march?