Who Were The French? 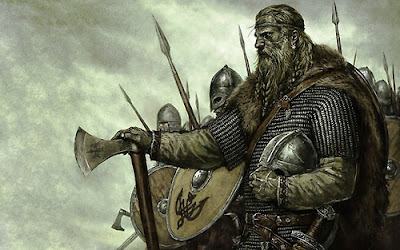 The idea that some of the current notions about populations and demographics have become more a militant religion than anything scientific or philosophical has gained a little ground.

DNA and Genetics study can be regarded as racist in France says this article in The Independent.  A University of Leicester group ventured into France to research evidence of Viking traces in the present population of Normandy.

The team was led by Dr. Richard Jones whose interests are:

"My research focuses on the complex and changing relationships which existed between people and the land between c. 400 and c. 1500 AD.  It centres on examining how the landscape was exploited both as an economic resource, and as a medium through which personal and community identities (particularly of the non-elite) were negotiated, forged and reinforced.

Other research themes include: the early medieval origins of English villages and the take-up and spread of open-field farming; medieval manure; the impact of Scandinavian settlement on the English countryside; and rural depopulation as a stimulus for landscape change."

The University of Leicester is now among the top 1% in the world, one of the reasons being its extensive and critical work in genetics especially related to medical conditions and disease.  So if they did find a glitch in the DNA related to any of this they could be marched off to the guillotine.

They did not expect to find mobs of large armed men hanging round street corners or roaming around pillaging and sacking and taking over anything that can be taken over.  It is identifiable bits in the DNA that are sought to see what might be made of them.

At best they will find around two per cent, top, of DNA lurking in the corners of a small number of the existing population.  What this might indicate concerns the pattern of human movements around 1200 years ago, give or take a century or two.

But the French are not happy about this.  They might accept that the Northmen came and conquered long ago, but it seems are unwilling to accept that the French of today have anything to do with them and wish to ban the testing on the grounds that there are things statistics should not be applied to.

I assume that the bones of Pierre-Simon Laplace (see Wikipedia) will be removed from his tomb in Normandy soon by members of the Academie Francaise and burned at the stake for his heresies in applying statistics to probability studies.

But France, along with other EU countries currently has other people movement issues that are giving problems that are very much in the news.  These are not easily dealt with or resolved and are increasing in scale without much hope of checking it.

This scale of movement reported by Bloomberg deals with the now and the gross numbers.  The comparison with 1945 brings back to memory the many I knew in the years after who were part of it and the scale of impact.

Only in the 1940's the world population was around less than a third of that today. Even so in that period the UK, for example, was encouraging emigration as a means of tackling the housing, jobs and social provision crises that existed.

Such movement on the present scale and greater has been potential for decades for all the usual reasons, see the history of the last few millennia, but because of our faith in mid 20th Century dogma's there has been a reluctance to admit it.

It is likely to increase from the 73 million estimated in the last four years with the potential for much more and if the past really is a guide it could increase on a compound basis.

It is not just war and internal conflict, for example, a run of monsoon failures could lead to major shifts and many parts of the world are said to be running short of fresh water.

California is one place where the problems of water have become urgent.  This is where the population went from around one million to around forty million in seven generations.  It could go back down again soon.

So will we open our doors to the poor, lost and huddled masses of California?

Now where is my old helmet, chain mail and battle axe?