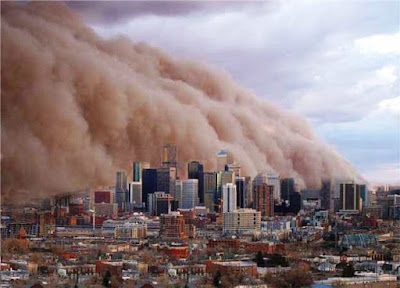 Meanwhile the property boom goes on and on.  One effect is that a street in central London that housed hundreds a century ago now houses tens at best, when they are there, which is less and less often in that the properties are bought for investment and not used.

Around the country in rural and seaside areas there are all the second, and third and in some cases fourth homes.  Again all much less occupied these days.  Add to that the sprawling mid 20th Century estates, private and public, once housing families now with many houses having just single or two occupants.

This tale of housing horror comes from the USA where it is argued that the price boom does not just cause serious issues for the younger generations but is having an adverse impact on the economy as a whole.

Governments are reluctant to do much because of the extent of the vested interests and are by various means stoking it up to the apparent advantage of some and to gain plaudits from the winners.  The rich get richer and to some extent at the direct expense of the poorest and by those I means the lower income employed who have to pay the taxes.

In the UK there is a suggestion that the Labour idea's on "mansion tax" had the effect of pushing enough home owners to vote Tory, enough to make the critical difference.  At the same time it is said that the incoming very rich regard our choice London homes as little better than broom cupboards compared to the space they can buy elsewhere.

So there is extensive work going on in the areas in question to create bigger and better mansions for smaller and smaller numbers of people. On the other hand figures suggest that down the market new properties tend to be smaller than in the past and taking up less ground.  The more you pay the less you get.

There is the question of migration.  Necessarily, the more that come in, the more space that will be wanted.  Traditionally, higher rates of incomers in the past led to reductions in space per head especially in the lower income groups.

This may well be happening in many areas, the appearance of what are essentially shanties in some areas of London is no more that what usually happens.  Also, in some districts there are now increasing numbers of properties intensively occupied and often cheek by jowl with those that are not.

What also seems to be happening is that the urge to build and to increase use of existing property is going ahead without much in the way of additional facilities.  In my own area, the road space needed for increasing traffic flows is not there, nor are the schools, nor other educational facilities, much else and critically health provision.

Also, the radical change in the shape and nature of property, its ownership and management is not matched by any rebalancing or adjustments to tax structure and impact.  The mess that is local and property taxation in the UK has a very long history and has been a political no-go area too often.

In the past it has led to the damage wreaked on what should have been the UK "Mittelstand" and other sectors of the economy.  It may now be that soon the price will have to be paid on top of the existing distortions to the economy generally.

When it might hit is impossible to predict, but hit it will because there are already too many faults in an ancient structure that has poor foundations.