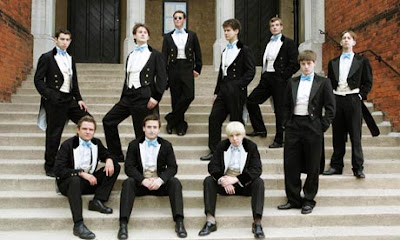 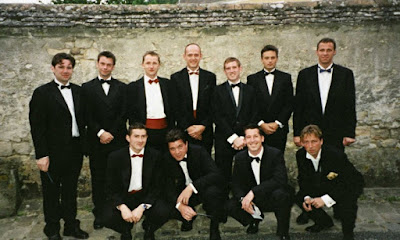 All the talk about "posh" is deceptive in that it muddles a great many things up.  The claims that the best jobs in the higher reaches of finance are being restricted to persons of a particular type from the upper class segment of the population, namely "posh", are nothing new in essence only the jobs involved have changed.

Once upon a time these jobs that the upper segment, allegedly, have taken over recently were done by persons regarded as being "in trade" and of lower status.  In some cases younger sons of younger sons might find their way into them but not often.  Also, spare daughters needing to be unloaded without too demanding a dowry might marry down a step or two if a suitable clergyman was not to be found.

This was because there was a large Empire needing high officials, substantial armed forces needing a lot of well born officers and a relatively devolved local government run by the gentry who then had money from land and inheritance etc. Politics, government and The Court were also their preserves.
As some of these have dried up and the UK does not do very well in picking up top jobs in international organisations etc. the children of the upper segment have shifted ground.  Additionally, all this democracy business has limited opportunities in politics.  The plebians are prone to voting for some of their own at the drop of a promise.

The upper segment has been obliged by the nature of our times to come down to trade and in doing so gone to activities where the loot is, much as their medieval forebears went in for land grabbing.  This has the advantage of enabling them to stay in property, buy the new politicians etc. and call the crucial shots in many ways.

As they have grubbed down they meet some of the lower segments grubbing their way up.  This represents Society at the present day in all its many forms of confusion.  It is displayed in the two pictures above.  One is the Posh on their way to a nosh and racket and you will see the Three Tenpercents; Cammers, Ossers, and Johnners, doing their Alpha Male thing.

The other, which could be mistaken for a group of commis waiters out in the back yard standing perhaps adjacent to the waste bins, is in fact a group of leading political advisers to the Labour Party. On the left is Handy Andy currently bidding to be Leader who made his name prescribing PFI as a Health cure all and increasing the mortality rates as one way of dealing with excess demand.

The first group are determined to hang on to power the second want it very badly.  With power comes the flows of money, as the upper segment know all too well and the lower segment hope will continue for them to get their hands on.  The question is how far the upper ones will retain their Posh and how will the lower ones either try to emulate it or replace it with their own version.

This does not leave the rest of us with much of a choice.  It lies between those who have already and those who badly want to have.  Somebody has to pay and these days it is largely the taxpayer. To add to this both the upper segment and their want to be rivals have made extensive arrangements to avoid paying tax.

POSH once meant Port Out Starboard Home in the ships of old going out to the East and returning back, the expensive cabins avoided the sun.

For us in boiler room it is purely academic.