Brother Can You Spare £25 Billion? 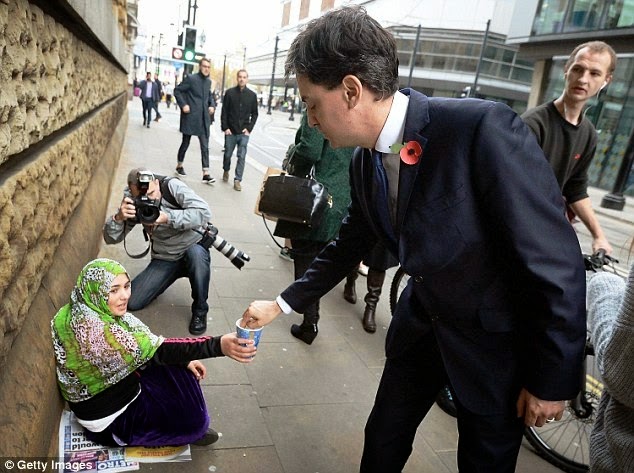 There are times when the hunt is up and closing for the kill that one half hopes that the fox will escape.

It is this soft side to the brain that makes me wonder if somehow Ed Miliband can be saved for the nation, although what for is uncertain.

According to Damian McBride, formerly special adviser and spinner to Gordon Brown, see Wikipedia for the entry on him, there is a huge nasty problem at the centre of the election campaign.

Damian drew the Return To Go card after a leaks and smear fuss and now offers advice from the touchlines in his blog and media forays.

What his blog of a couple of days ago, a long one, does in discussing the issue, as well as giving a fascinating description of how ministers are briefed, or sometimes fail to be briefed, is to argue the matter of £25 billion in cuts to be found at least to make the tax, spend and debt figures work.

He says that if Chancellor George Osborne admits to this and lets it be known how and where the cuts will be made then it will be the second longest suicide note in UK political history (the first being Michael Foot's 1983 Labour Election Manifesto) given that he cannot avoid hitting a great many sensitive spending areas.

On the other hand if Miliband denies cuts will be made and spending increased then how is he going to do it?   The Old Labour way was to beef up taxes.  New Labour gave up on that and allowed tax avoidance to become a human right for the rich and better off and went for big borrowing.

The result is that now if an attempt is made to impose more and greater taxes, those able to avoid will, leaving those unable to having to pay the bills.

Unluckily, this includes many of those among the Old Labour population, never mind the marginal voters.  There are no easy answers and politically the choice is between wrong and unpopular and wrong and even less popular.

As the election campaign unfolds there are a number of coalitions possible if no party has a clear majority.  At present it could be that next May the result will be to have four parties in numbers with a handful of Liberal Democrat makeweights.

Returning to the fox theory of the chase, foxes can do the unexpected, turn tail and go for the lead hounds, sometimes it works.  Could there be such an "impossible" happening?

A Con-Lab or a Lab-Con Coalition?  Who might be PM and who Deputy?  Who would be Chancellor?

If the cuts to be made might need be greater, say up to £50 billion, it might just happen.