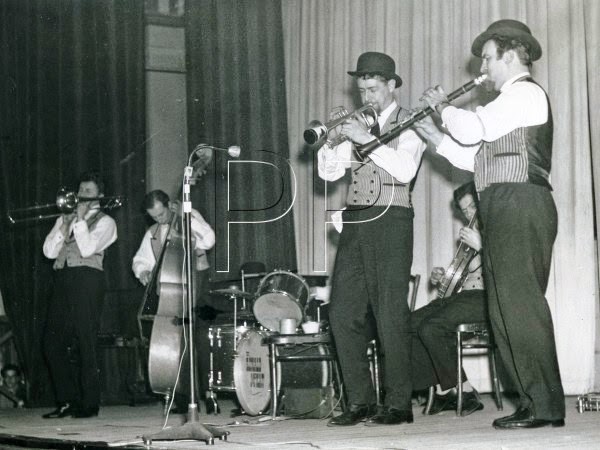 There are many tributes to Acker Bilk out there and well deserved.  He helped the good times roll.  Left school at 14, did time in manual labour.  Did Army time stuck in Egypt with the Royal Engineers.  But still made it in his way.

In the late fifties I saw The Paramount Jazz Band live, they were very good.  It may not come over on the scraps of screen time because it cannot convey the connection they had with the audience.

In a period when too many took whatever music they did much too seriously there was always the edge of enjoyment.  Around then I saw Van Cliburn and Claudio Arrau on the classical side as well as the other lead jazz groups and for that matter Dave Brubeck in 1958.

This is Acker on Sondheim perhaps not Trad Jazz or in any way mainstream, but a brief touch of class and memory.  One of the joys of the web is that now it is possible to summon up memories of the past at the click of a button.

And Acker is one to remember.